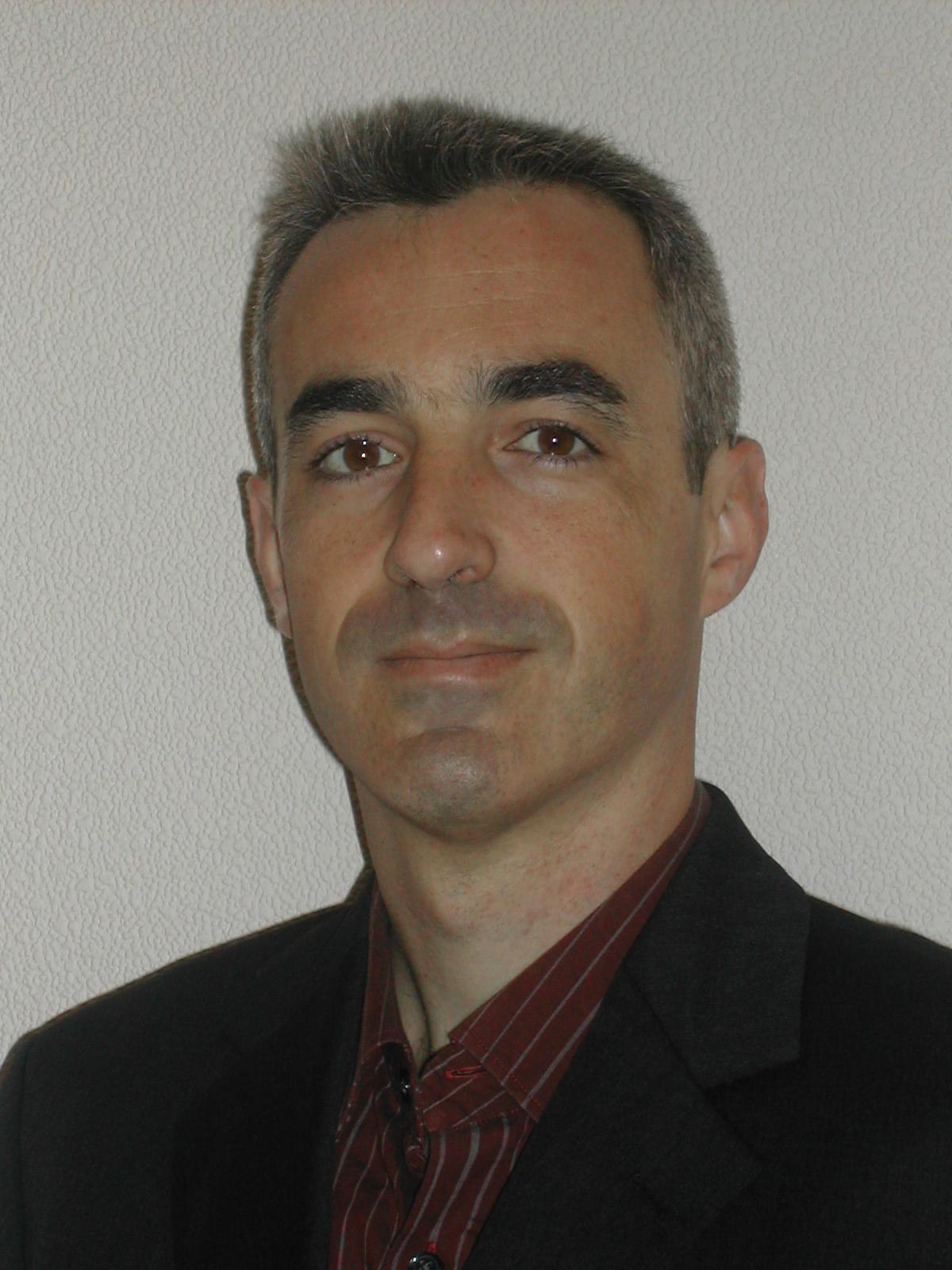 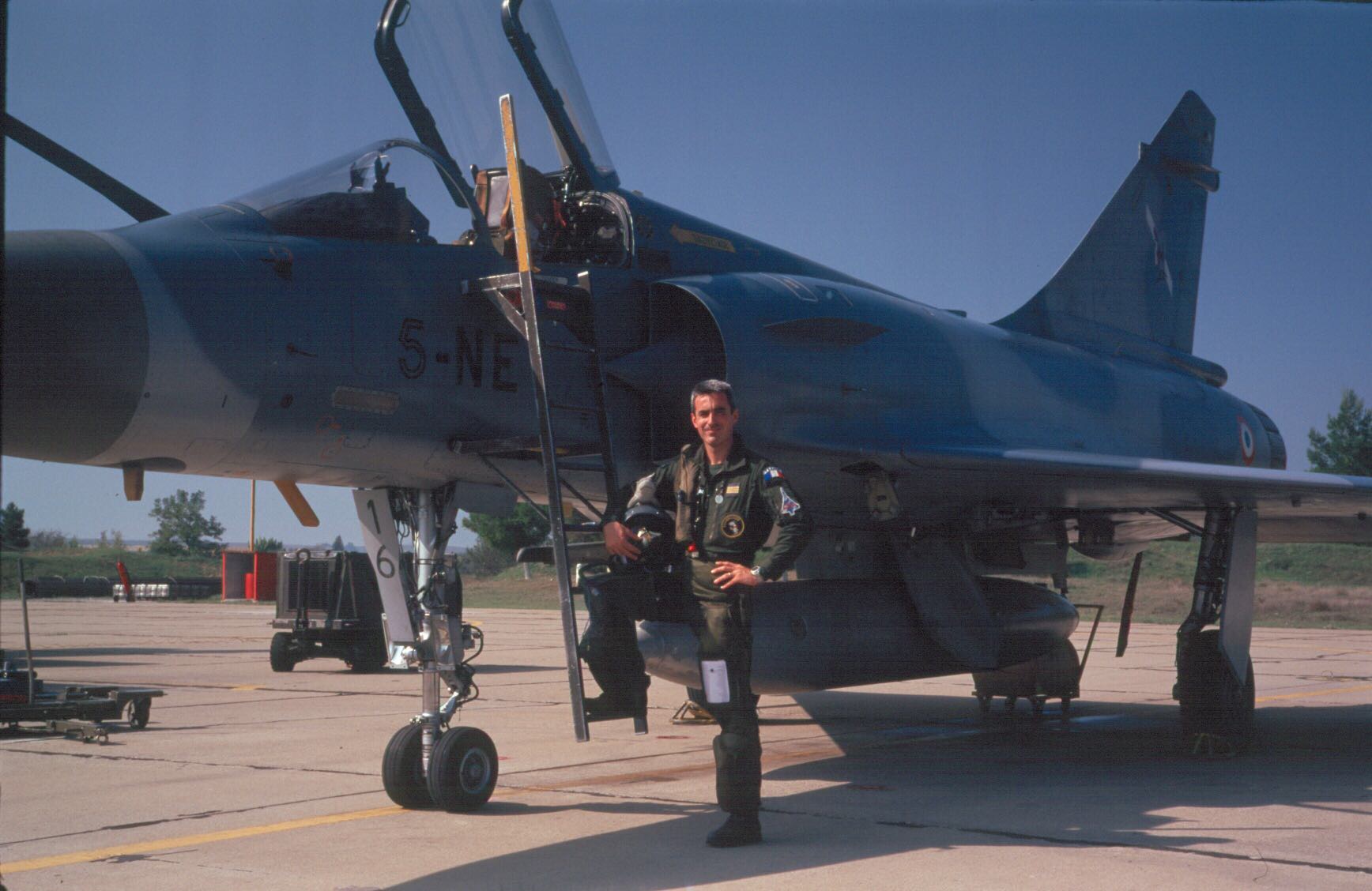 Benoit Antoniou heritage is from Greece. His grandparents left from Greece and searched for a better luck in France the previous century. He entered the Armée de l'air in 1993 and graduate as a fighter pilot in 1997. . He joined the Escadron 1/5 "Vendée" in 1998 and served for 8 years from the cockpit of Mirage 2000s. As a pilot of French Air Defense Quick Reaction Forces, he participated in the Alysse Operation (Better known with the American name as Operation Southern Watch) in Saudi Arabia twice. He also took part in lots of exercises in various countries (especially in Greece in 2002). From 2005-2008 he was attached to a unit near Paris in which he was responsible for flight crew equipment programs (replacement of MK4 seats with MK10L on the Alphajet fleet and commissioning of new flight helmets) while he was in direct communications with the military industry during various programs development ensuring that these were aligned with the financial resources and the strategy of the armed forces. For the next four years he was posted to Mont de Marsan and acted as a Director of the Combat Training Center (distributed simulation) and he was engaged in training of Armée de l’air and foreign air forces personnel. As part of this command, with a team of 5 instructors he trained almost 80 specialist’s officers per year, from France, Peru and Taiwan all Mirage 2000 operators. From 2011 to 2013 he became an Air base operations commander with responsibilities in various aspects, such as Protection & Security, Air traffic control, Fire protection and animal peril; coordinate the use of available resources. He left from Armée de l'air active service in 2013 and employed for 2 years Joint Staff private company with responsibilities regarding planning of joint air operations. During this time he engaged in the Operation SANGARIS participating in the development of the operation and the deployment in a few weeks of a detachment of 2,000 men in Africa. Operation SANGARIS was a military intervention of the French military in the Central African Republic, from late 2013 till 2016. It has been the 7th French military intervention there since the independence of the country in 1960.[4] On 30 October 2016, France announced it officially ended Operation SANGARIS. From 2015 onwards he is employed in the Ministry of Defense in Paris where he elaborates and leads the development programs of the Mirage 2000 fleets and mission preparation tools. He is also manages relationships with manufacturers involved in the ministry projects and assures that these aligne with the available financial resources.

Benoit Antoniou not only flew the Mirage 2000 as a pilot, he is also involved in development programs regarding Dassault fighter worldwide, for the French Ministry of Defence. In the photo below Benoit posing in front of his fighter, in Tanagra Air Base, home of the Hellenic Air Force 114th Combat Wing, which is equipped with Mirage 2000-5s and Mirage 2000 EGM of the 331 and 332 Squadrons respectively. The photo was taken during squadron exchange in 2005. (Benoit Antoniou, Kyriakos Paloulian & Les chevaliers du ciel film)

In April 1949, Groupe de Chasse 1/5 became the GC 1/5 Vendée, attached to 5e Escadre De Chasse. It was initially equipped with Bell P-63 Kingcobra and involved combat in Indochina a few months later logging almost 3000 missions and obtained two citations for its service. The GC 1/5 returned to France in 1950,and attached to La Base Aérienne 115 Orange-Caritat. It then became the Escadron de Chasse 1/5 and re-equipped with the De Havilland Vampire jet fighters. After having participated in the Algerian War,, the EC 1/5 will be successively equipped with Mystère II (January 1957), Mystère IV (January 1958), Super Mystère B2 (January 1961), Mirage IIIC (July 1966) ) and Mirage F1C (March 1975). He then participated in deployments in Africa , notably in Djibouti and in Chad (Operation Manta). The squadron received Mirage 2000C / RDI in July 1988. It was engaged in the Persian Gulf (Operation Daguet ) and in Bosnia and Herzegovina (Operation Salamander). The planes of the EC 1/5 Vendée were the main "actors" of the movie Les Chevaliers du ciel. As part of the reorganization of the Air Force, the squadron was dissolved on June 29, 2007 and twelve (ten single-seaters and two two-seaters) of its twenty-two Mirage 2000s were sold in Brazil. (Copyright Gaetan Marie further info from https://fr.wikipedia.org)

From 16 until 25 October 2002, Tanagra airbase hosted the second part of the Sq/EX (squadron exchange) between the 331 Squadron ΜΠΚ “Θησέας” and Esqadron de Chasse 1/5 “Vendee” of Armee de L'Air. The host team pledged to this co-operation right after the hospitality found from the French side during September 2-13 2002. According to Lt.Col. Rigas Tsitas (Pήγα Τσίτα) Commanding Officer of 332 Squadron that flew over to the 1/5 Squadron airbase Β.Α.115 at Orange-caritat airport. At that SQ/EX the HAF Mirage-2000 team flew at exercises with 4 Mirage-2000C/RDI (Radar Doppler par Impulsions) of 1/5 Esqadron protecting a strike package of Mirage-2000Ν, Vs French Mirage-2000-5. The Assistant to the C.O of 1/5 that visited Tanagra was Captain Benoit “Niou” Antoniou that hailed from Greece. The stay over of the French pilots at Tanagra except the warm hospitality gave to both teams advantages. For the Greek hosts gave the chance to exhibit to the French team the number of times that Greek fighters had to be scrambled. It was a prime example for them to witness themselves the “scramble” of Mirage-2000EGM/RDM, so they could comprehend the situation been climaxed by the violations of Athens FIR from the Turkish Air Force and the non-conformity to ICAO regulations. The French team had also the chance to engage by accident with the Turkish F-16C. Due to Turkish provocation and during a planned exercise over Aegean sea Vs Mirage F.1CG of 342 ΜΠΚ the French pilots tested their abilities in an “out of the blue” scenario during the interception of Turkish F-16C Fighting Falcon. It is unknown if the Turkish pilots that entered the Athens FIR that day were aware that they went up against French fighters, except the Greek fighters due to the fact that the camouflage, is the very same used by the HAF Mirage-2000 and only the inner red disc in the roundel differs from the blue used on the HAF insignia.

3-Page report regarding the common escersise between C1/5 and 331 Squadron in ENGAGE Magazine 2/2003, from Dassault Aviation.
(Click on photo to read the magazine).

Special Thanks to Kyriakos Palulian for the heads up regarding Benoit and the photo in Tanagra.