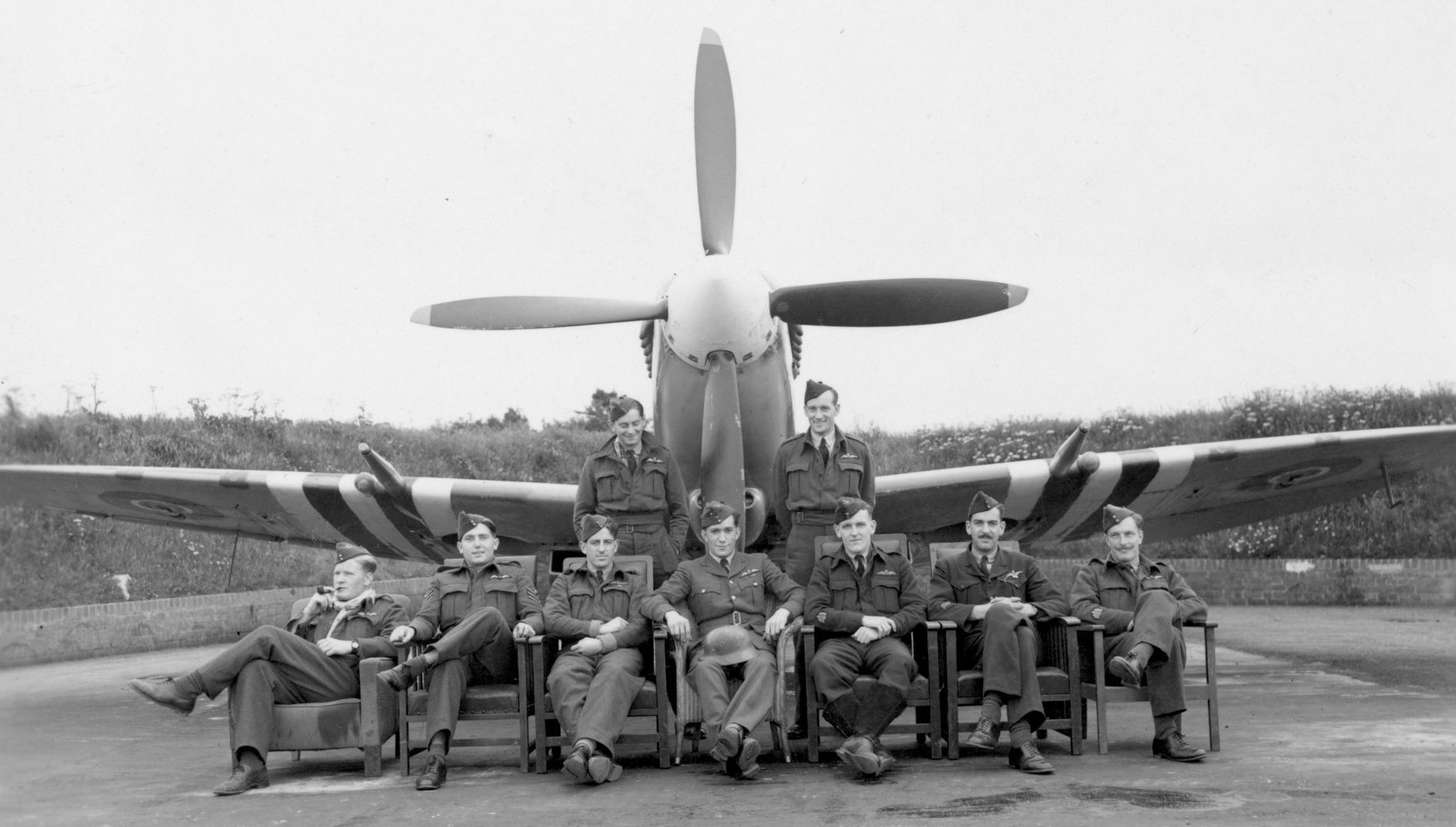 Fighter pilots: Probably the most famous clan between flight crews. They shoot down enemy fighters and bombers and get all the fame. Usually they die alone, but they also get the award for themselves. Hellenic parentage fighter pilots flew in almost every air force during the worldwide conflicts. The majority of them flew, and some still fly, for the United States Army Air Force (USAAF) and now for the USAF. Close behind in numbers there are colleagues from United States Navy (USN) and United States Marine Corps (USMC). After all, Greek-American community is the biggest amongst the Hellenic communities outside Greece. These brave men are followed in numbers by the fellow pilots of Hellenic heritage who flew with Commonwealth Air Forces, particularly Royal Air Force (RAF), Royal Canadian Air Force (RCAF), Royal Australian Air Force (RAAF), Royal South Africa Air Force (RSAAF) and Royal Rhodesian Air Force (RRAF). Greeks also flew with Free French Squadrons and with the Soviet Air Force. We should not forget that the Greek-Pontian population in the Soviet Union, kept their ethnicity and traditions and along with the Greek Americans they had consciousness of their Hellenic heritage. Maybe the Shakespear's motto "To live or not to live" should be re-written for the fighter pilots as : "To kill or to be killed..." Or if preffered by Iron Maiden - Aces High verse: "Live to fly, fly to live, do or die"!