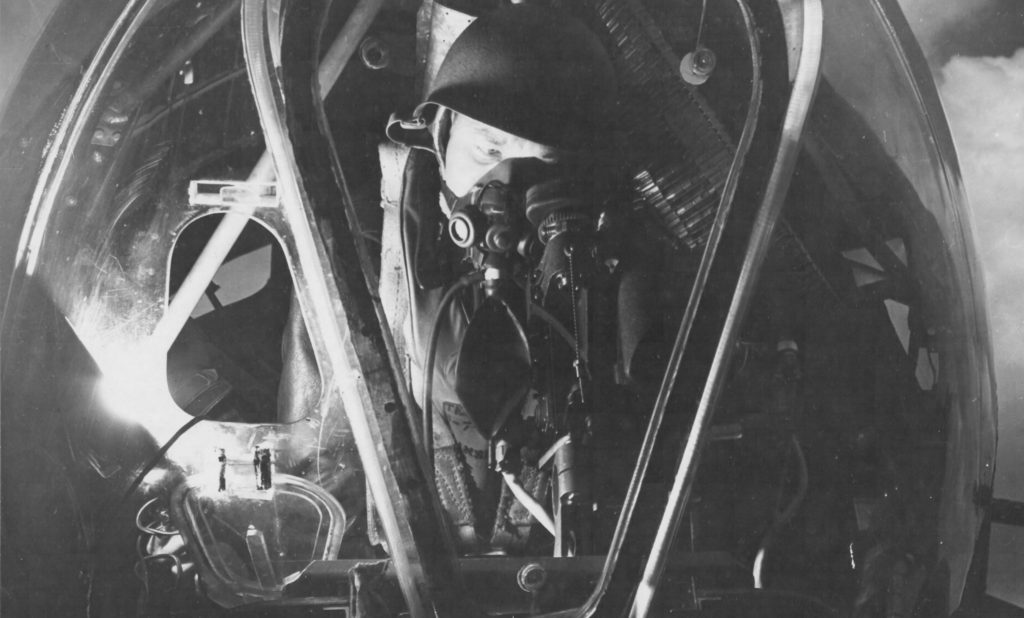 Bombardiers and navigators were also officers in a bomber crew, besides the pilot and copilot. Needless to say that their duty was of equally importance with the pilots flying the machine. Without them the bomber would never reach their target area or return back to base and also couldn’t upload its bomb load on target. Practically the bomber couldn’t complete its mission. In many planes, the bombardier took control of the airplane during the bombing run, using a bombsight such as the Norden bombsight which was connected to the autopilot of the plane. Often stationed in the extreme front of the aircraft, on the way to the target and after releasing the bombs, he could also serve as the front gunner in aircraft that had a front turret. Greeks manned these positions of the crew too and its was no rare thing for a bomber crew to have two or three members of the same crew with Hellenic parentage.