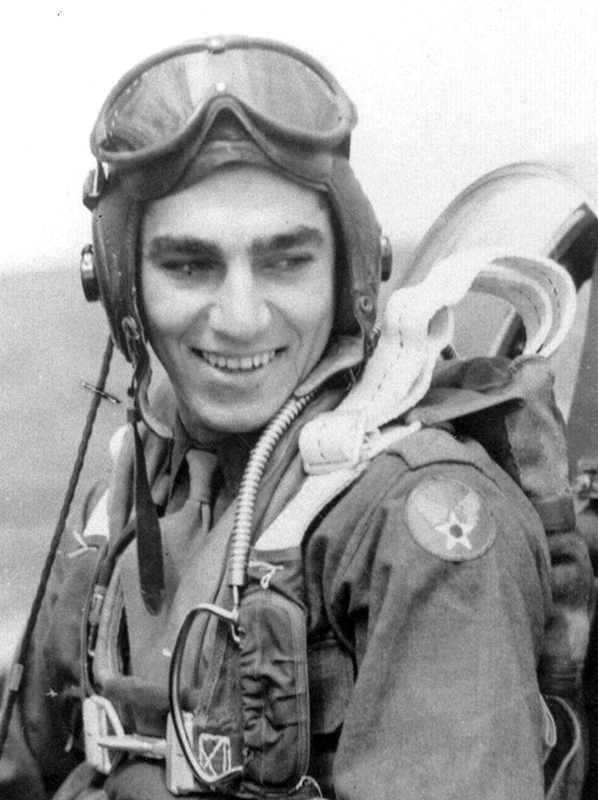 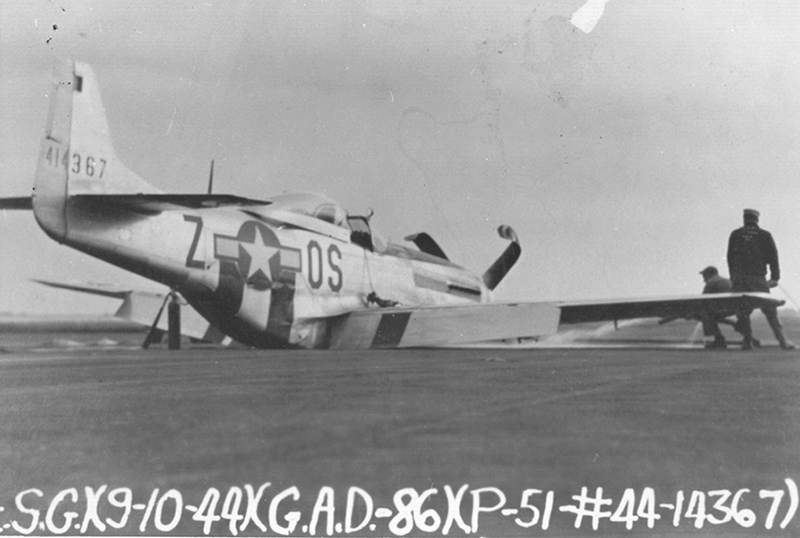 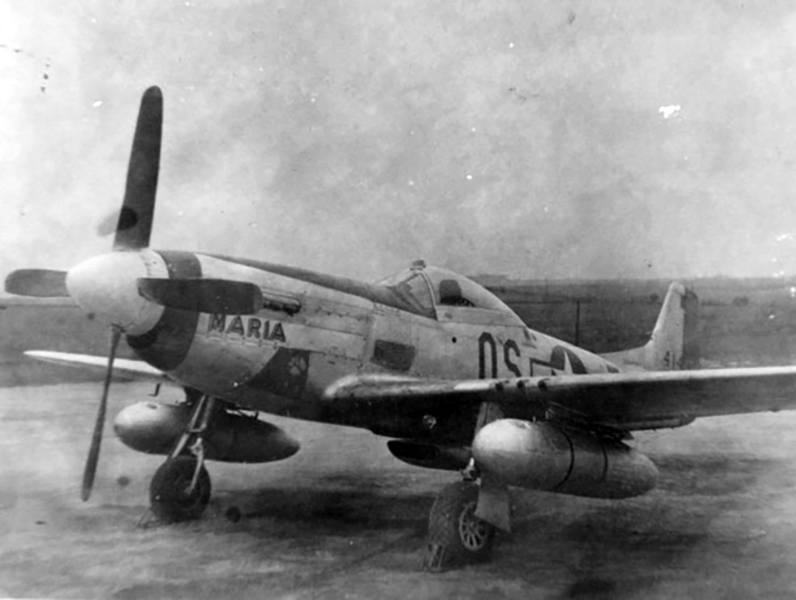 Charles Badavas was born on February 6, 1921, in Newburyport, MA from Greek parents. His father Athanasios Badavas was from Megalopolis, in Arcadia district of Peloponnese and along with his wife Maria, also from Peloponnese, immigrated to the United States a few months after their marriage, seeking for a better life. According to Ellis island archives, they entered the United States on November 18, 1912, along with their firstborn daughter, Bessie, who was only nine months old. Athanasios changed his name to Arthur or Athas and began working as a grocery man before he opened his grocery store in pursuit of his American Dream. The couple created a big happy family with three more children following Bessie (1912), all boys. First was Percy (1917), followed by Peter (1919) and Charles (1921). Charles enlisted in the USAAF in February 1943 and completed his training 9 months later in November 1943. He was named 2nd lieutenant (O-817871) gaining his silver wings. Until May 1944 he had completed his operational training in the famous P-51 Mustang and he was sent overseas, in England to serve with the 355th Fighter Group, based in Steeple Morden known to USAAF as Fighter Station F-122. The base was 65 kilometers north of London and the deadly accuracy of the Group pilots in staffing attacks earned them the nickname “The Steeple Morden Strafers”. Unfortunately, all the wartime logs, photos and even the uniform of Badavas were stolen from his house and our team wasn’t able to gather more information about him. Furthermore, his Military File was destroyed in the National Archives fire during the 70s, so the following was given to us from his son Arthur and the son of Bert Marshall, 354th FS Commander, Bill Marshall who is also the author of the history of the 355th FG. Charles arrived on June 4, 1944, and he was posted to the 357th Fighter Squadron. The spirits were high and the whole group prepared for the incoming invasion in Normandy, Operation Overlord. All over the base the Mustangs were painted with the distinctive black and white recognition stripes and were equipped with the long-range 108 gal external fuel tanks, one under each wing. We cannot be sure if Charles flew during the D-Day because of the aforementioned facts and because the 357th records aren’t very detailed, however, it’s is known that some of the newcomers took their baptism of fire that day, so it’s a possibility that Charles flew also. Because during the D-Day the Squadron had the worst ever losses during the war with 5 Mustangs shot down, 3 pilots killed and one prisoner it’s almost certain he did join the fray soon. The coming months were full in action with Charles flying his personal Mustang, named MARIA, honoring that way his mother. Flying low he strafed enemy installations like depots, airfields, railway stations and wagons as well as cars, trucks, anything that would hurt Germany’s effort to continue the war and faced the Allied Armies which were gaining ground and move closer to the Reichsland itself.

According to his son Arthur, his most memorable missions included engagements with Me262 in the air and on the ground during staffing attacks on their bases. One of the most memorable missions was on August 18, 1944. During that day the CO, of the 354th FS, Bert Marshall was hit by flak and the five victory ace crash-landed on enemy territory. Extracting himself from his Mustang he waved his hands to his fellow pilots to assure them that he was ok. Cpt. Royce Priest checked the ground and decided to land his fighter and take the CO inside his plane, and out of harm's way. The two pilots squished themselves in the cockpit and took off safely, with Badavas and the rest of the 355th Fighter Group pilots flying cover above their heads. It’s was the first such daring rescue mission of the war. Charles was proud to be there and protect his comrades, something he always remembered and talked about it to his son and his relatives. Another mission he always spoke about was an escort mission in Merseburg on November 2, 1944, in which almost all of the 355th FG available fighters took part. The 357th FS repelled an attack of Me262 against the bombers and while hunting them to the deck they engaged a mixed formation of Me109s and FW190s near Naumburg, shooting down five of them. A few minutes later the American fighters were above the Wernigerode airfield destroying no less than 33 enemy planes on the ground. In a similar mission during November 18, the 355th FG and the 4th FG attacked the Leipheim airfield, home base for Me262 fighters. Badavas and his colleagues justified their nickname as “The Steeple Morden Strafers” by destroying 14 jets, 8 trains, 9 bowsers, 30 cars and trucks, and various installations. The same routine of such missions continued for the new year. Badavas told to his son that he had hit numerous trains during his strafing missions. For example, on January 20 between Minden and Stadthagen, the Group destroyed and damaged heavily more than 30 trains while one month later, on February 25, 1945, in Fassberg, North Germany they accounted for 8 trains, 18 wagons, and 62 railway platforms of various types. Their destructive menace continued with 116 trucks destroyed. Charles stopped flying his beloved ‘MARIA’ Mustangs during the last days of March 1945. He left England from Southampton on April 19, 1945, on board the ship named General William Weigel. After the war, he retired from USAAF and returned to his birthplace in Newburyport where he stayed for the rest of his life, proud of his service but also proud of his sister and brother service too. Bessie was a US Marines St.Sgt in the supplies department, while Percy fought in the infantry taking part in many battles in Italy. Charles Badavas passed away at the age of 75 years old, on August 6, 1996. He flew 63 missions and logged 300 combat hours over Europe. For his service, he was awarded the Air Medal with 6 Oak Leaf Clusters and various campaign medals.

Charles Badavas first fighter was the P-51C-1-NT, 42-103009, OS-Z, named ‘MARIA’ after his mother, whom he lost when he was only ten years old. It was lost over the Channel, with Cpt. Albert Debacker at the controls, because of a mechanical failure, on August 1, 1944. Debacker bailed out and saved. The next fighter assigned to the Greek American pilot was a newer Mustang model, specifically the P-51D-10-NA, 44-14367. That fighter also carried the same identification letters OS-Z as well as the nose art ‘MARIA’. Almost a month after Charles lost his first fighter, bad luck struck him again. His second fighter was also lost during a training flight because of engine failure with 2nd Lt Lawrence Phillips at the controls. The pilot crash landed his plane and lived to tell the story. However the fighter returned back to service after a long period in the workshop where it was transformed to a twin seat Mustang, used by high ranking officers for supervision of the battlefront. During 1948 it was sold to Switzerland receiving the J-2085 code and kept operational until 1958. Once more Charles was assigned a new fighter, this time a P-51D-10-NA, 44-14434 (the one in the profile). One more time he honored his mother by drawing again Maria on its nose and receiving for the third time the OS-Z code. Badavas flew many missions while in her cockpit and the last and final Maria survived the war, only to be scrapped along with other surplus fighters after the end of the war. However it should be noted that for the third time, his third fighter engaged in a minor accident with 2nd Lt. Richard Kirk at her controls. Wonder or not, looks like his mother MARIA, kept protecting him from the Heavens throughout the war. (Copyright Gaetan Marie, photos above by James William Marshall)

Special thanks to James William Marshall for his great help regarding the photos and details for some of the missions of the 355th FG as well as to Donald Mounts (Global Military Research, LLC)