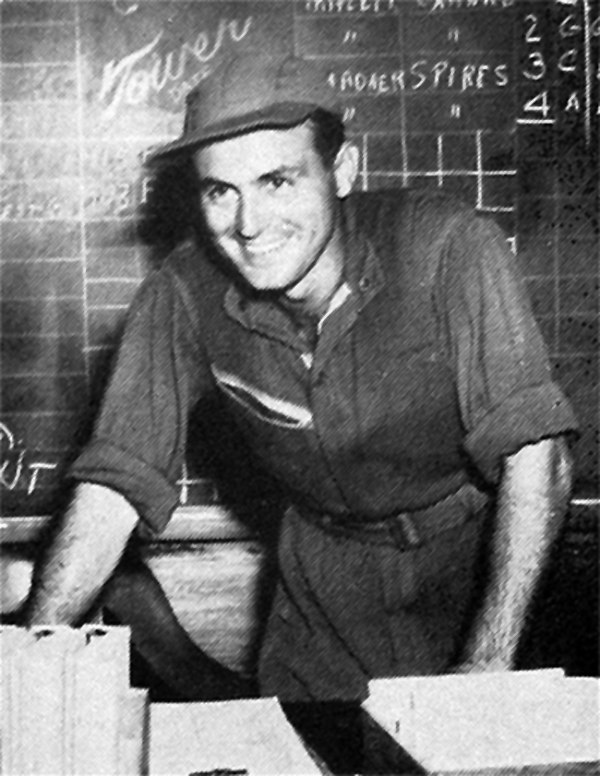 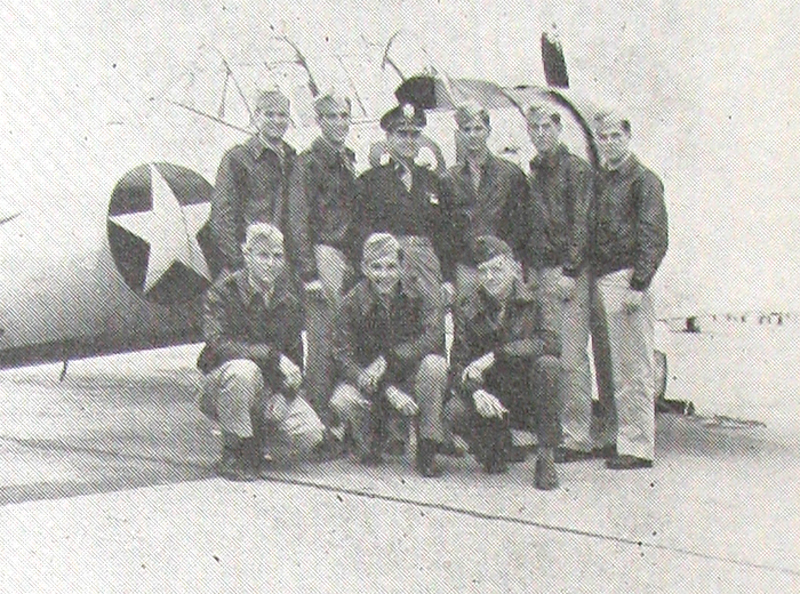 Constantine ‘Connie’ Chioles was born on June 1, 1915, in Aurora, Illinois. He was the son of Samuel Konstantine and Emily Chioles. Samuel  migrated to the United States in the early 1900's along with his brother John Konstantine Chioles. Their origins were from Levidi in Arkadia, few kilometers outside Tripolis. The Greek spelling of their surname was originally Tsioles. Αt least eight members of Chioles family migrated to the US, settling initially in Aurora, Illinois. Among them were the two brothers, who managed to establish a candy store (which they operated for some time until they moved to Chicago). Connie was born and grew up in Aurora. Before WWII, he worked at the railways. He enlisted in the US Army Air Corp on May 14, 1942. Before being sent overseas for duty, he served as an instructor in the advanced training of air cadets. During the final months of 1944, Lt. Chioles was finally sent to Europe and between October 2, 1944, and July 6, 1945, he was assigned to the 338th FS, 55th FG of the famous 8th AF in England. He flew numerous escort missions over Europe, flying the venerable P-51D Mustang and he claimed a damaged Me-262 during April 10, 1945. That day 55 Me-262 flew against a massive force consisting of 1315 bombers and 905 fighters belonging to the 8th AF. This day is known by the Americans as 'The Great Jet massacre'. JG7 and I.KG (J) 54 reported 21 lost jets versus 27 kills claimed by Luftwaffe. One day later he was engaged in a landing accident which was caused to combat fatigue, according to the accident report, following 5 hours and 30 minutes escort mission.

"I was flying Acorn White #3 on this combat mission. Returning from the mission we were instructed to land on runway 090 because of a slight landing accident on runway 150. The flight came in for normal peel up with me flying in #3 position, in an echelon to the left.  The peal up and the pattern was normal with the Flight Leader landing on the left side of the runway and his #2 landing on the right side. As I leveled out for my landing on the left side I hit strong prop wash which throw the plane in a steep left bank.  I opened the throttle to go around and used right rudder and full right aileron to pick up the left wing.  I was unable to prevent the left wing tip from striking the runway. This contact causes the plane to hit on the prop and landing gear. The landing gear collapsed and the plane skidded to a stop on its belly. I cut the switched as soon as I could after stopping."

On April 16 he was promoted to Captain. After the end of the war, he remained for a short time in England and from July 6 to July 20 he was sent for service to the 83rd FS, 78th FG operating from Duxford. After July 20 he prepared to move back to the United States. He was relieved from active duty on December 16, 1945, and remained a Reserve pilot until his discharge on September 28, 1957. For his contribution to the final Allied victory, the Greek American pilot awarded with the Air Medal with 6 Oak Leaf Clusters, as well as with the Distinguished Flying Cross:

‘For extraordinary achievements while serving as a pilot of a fighter type aircraft on combat missions against the enemy. Despite the intense anti-aircraft fire, Captain Chioles, by his piloting skill, tactical judgment, and marked aggressiveness, materially contributed to the success of the bomber escort and ground strafing missions to Nordlingen, Germany, 20 February 1945, and to Aschaffenburg, Germany 3 February 1945. The superior airmanship and devotion to duty displayed by Captain Chioles on these occasions reflect the highest credit upon himself and the Army Air Forces.'

Left Up & Down: Both photos show Constantine during his service as an instructor pilot in the United States before he was sent for overseas duty with the 55th FG. The Group was assigned to 66th Fighter Wing of the Third Air Division, 8th USAAF on 16th of September 1943, with a bomber escort role. At this time they were the first 8th USAAF Group to be equipped with P-38 Lightnings, which they flew from Station 131 at Nuthampstead, Herts. They remained at Nuthampstead until April 21, 1944, when they were moved to Station 159 at Wormingford in Essex to make way for 398th Bombardment Group. On July 18, 1944, the Group converted to P-51Ds and stayed at Wormingford until July 21, 1945, before becoming part of the occupation forces in Germany until disbandment on August 20, 1946. The 55th FG flew over 600 missions and received two Distinguished Unit Citations for the period between September 3rd and 13th 1944 and on February 19, 1945. 181 of their aircraft were reported as Missing In Action. (Photos USAAF, further info by http://new.museum119.cz/55fg-hist-an/) 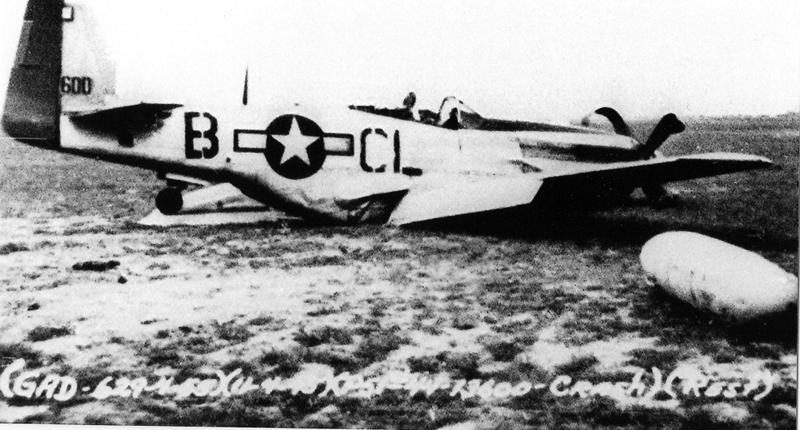 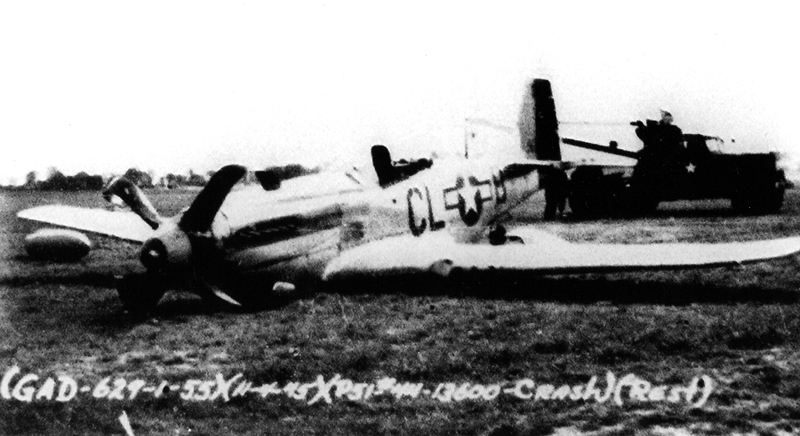 On 11 April 1945, 1st Lt. Constantine Chioles O-681609, flying P-51D-5-NA, 44-13600, pealed up and made a normal traffic pattern in #3 position in his flight. The number one and two men landed on the left and right respectively. Lt. Chioles placed his approach to land on the left. As he was about to touch down he hit prop wash throwing his left-wing violently down. In spite of full opposite rudder and aileron, it was impossible to pick up the left wing completely and Lt. Chioles was forced to belly in, to the left of the runaway resulting in damage to main landing gear, coolant scoop, prop, engine and left wing tip. The damage to the Mustang is shown in the above two photos. The CL-B was in a natural metal finish with Olive Drab anti-glare panel. The aircraft’s nose was adorned by common 55th FG’s dark green and yellow markings and the rudder was dark green. According to the sources so far the Greek American pilot didn't have a specific aircraft assigned to him and he flew whatever fighter was available. (Copyright Gaetan Marie - Photos USAAF)

Allied Jet Killers of World War 2, Aircraft of the Aces 136 by Stephen Chapis and Andrew Thomas