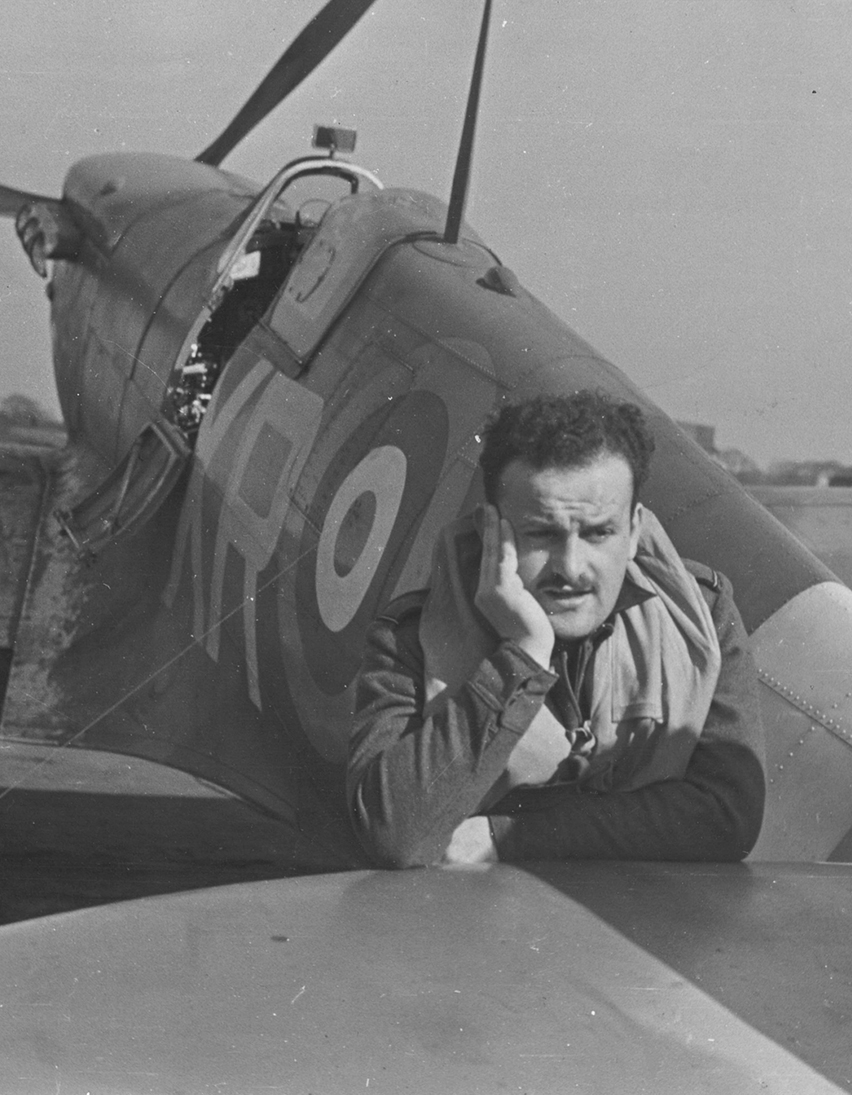 Frank Zavakos looks disappointed, resting in the tail wing of an unidentified No.71 Squadron Spitfire Mk.Vb. Unfortunately we don't know the reason of his disappointment. (Greeksinforeigncockpits via Francine Zavakos & Tom Gibbons)

Frank Zavakos was born on August 25, 1917, in Dayton Ohio. He was the son of George Zavakos and Konstantina (Dena) Fragia, a Greek couple who immigrated from Greece. His father came in the US during 1903 from a small village named Petrina, near Sparta in Laconia district, and became a successful businessman. Except for Frank, the couple had also a younger boy, Harry, who later became also a fighter pilot in the USAAF, flying over China, against Japanese, with the 23rd Fighter Group. Frank Zavakos, graduated from Steele High School, and attended the University of Dayton for one year, being in ROTC there. He left Dayton to attend the University of Athens in Greece, and in 1940, after he finished his studies he entered the USAAF as a cadet, having previously completed the CTPT program. For unknown reasons, he left the Army Air Force and he applied for admission to the RAF in Ottawa, Canada. After training there, he entered RAF VR (Volunteer) and he was sent to London, England. The young Pilot Officer was posted to No. 71 Eagle Squadron, which was manned by American volunteers. During his service, he also met Spiros 'Steve' Pisanos, the second-ranking Greek ace, who was also posted to No. 71 'Eagle' Squadron after his brief spell with No.268 Squadron. Although he didn’t claim any kill he was a very popular personality among his squadron mates who soon gave him the nickname 'The Free Greek'. A reason behind this was also Franks application to the Royal Hellenic Air Force, in order to enter the No. 335 'Hellenic' Squadron. He flew many missions over France and took part in some dogfights describing them in letters back home.

"The last time we were over France we were attacked by 14 German planes but we drove them off and our squadron got two of them. I shot at two of them but I cant say for sure if I hit them or not. I had to worry about one who was on my tail - bags of fun really!"

Frank Zavakos completed 69 missions before he was killed in action over the English Channel at the age of 26, during an ASR mission, on June 2, 1942. Pisanos told to the authors during the interview he gave them for Volume A in July 2013.

"Frank was a good pilot. One of my squadron mates in No. 71 Squadron told me that Frank crashed because of the bad weather conditions that day and a mechanical failure in his fighter. Immediately his friends took off in order to search for him, hoping that he was still alive. Frank was dear to everyone in his squadron."

Spitfire Mk.Vb AD196 was the fighter in which the Greek American pilot flew most of his missions (16 in total). By coincidence it was also the Spitfire he flew on his first operational mission with No.71 Squadron. This aircraft was lost on the August 27, 1942, when Sgt. Jack Evans was killed during a fighter sweep over St. Omer in France. Painted beneath the nose is a 'skull and bones', although it is uncertain whether this was a personal nose art of Jack Evans whether it already existed when Zavakos flew AD196. (Copyright Gaetan Marie)