Harry Coronios was born in 1921 in Lowell, Massachusetts. His father, George Coronios immigrated to the United States from a small village on the outskirts of Sparta, named Kladas, in Laconia District. His mother was also Greek and her name was Theodora. Theodora was George's second wife. His first wife named Eugenia immigrated with him from Greece and had three children with him. Harry entered the USAAF and was promoted to 2nd Lt when he earned his silver wings. He was lucky enough to be posted to the famous 56th Fighter Group, specifically to the 62nd Fighter Squadron, while stationed in Bradley, US. He transferred with the Group to England and began to fly combat sorties with the mighty Thunderbolt, from Halesworth airfield. These missions were mostly bomber escorts, over France and North West Europe. He claimed one Fw-190 destroyed and one more damaged, during a withdrawal escort mission for bombers returning from Bremen, on October 8, 1943, while being at the controls of the P-47D-6-RE, 42-74626, LM-Z. For his actions, he was awarded the Distinguished Flying Cross - DFC and the Air Medal with three Oak Leaf Clusters. Harry was very proud of his Hellenic heritage and because of this, he named his personal P-47D-5-RE, 42-7866, LM-G, as 'GREEK'. He logged 52 combat missions with the 62nd Fighter Squadron of 'Zemke's Wolfpack' (34 of them at the controls of the 'GREEK') before he was killed during a training sortie over the North Sea on November 17, 1943, while flying Cpt. Ray Dauphin’s P-47D-5-RE, 42-8614, 'SAUCY SHIRLEY II'. According to Missing Air Crew Report 1279, 1st. Lt Michael J. Quirk's statement:

A thorough search was made by three Thunderbolts led by Captain Leroy A. Schreiber from 14:00 to 18:00, but no signs of the missing plane or the pilot were seen. The "Greek" member of Zemke's Wolfpack lost forever, a few missions before he went back to his home, in Lowell, Massachusetts. 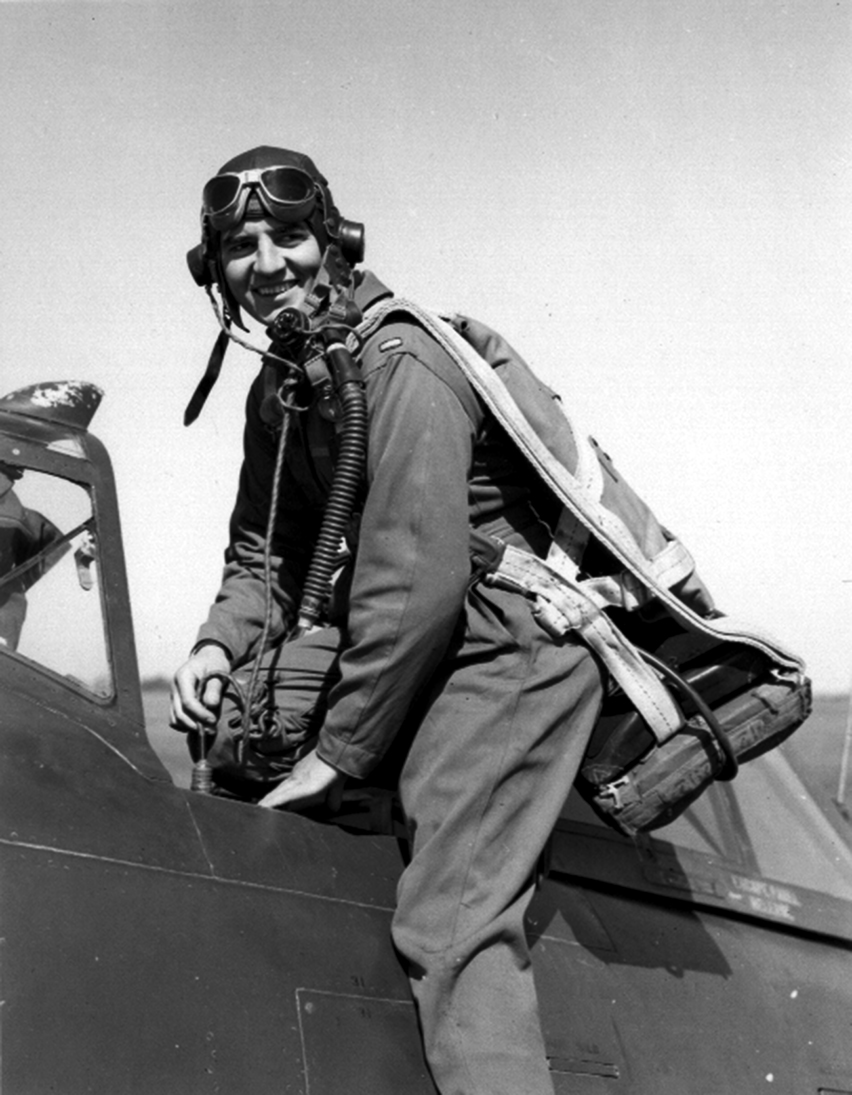 Lt. Harry Coronios while entering the cockpit of his Thunderbolt before another mission over occupied Europe with the 62nd FS, 56th FG. (Greeksinforeigncockpits via www.56thfightegroup.com)

Thunderbolt P-47D-1-RE "GREEK",42-7866, LM-G, was the personal aircraft of Harry Coronios. The nose art consists of a blue flying star with a white border and the word 'GREEK' which referred to his Hellenic heritage. It carries white Q.I.M.(Quick Identification Markings) and the type 2 national markings are enclosed in a yellow disk, which was applied while in England. This aircraft was lost on 5/9/1943 due to a propellor handling error, while flown by Capt. Warren Chapman in Halesworth, England. (Copyright Gaetan Marie)