Nicholas D. Sintetos was born in Ashtabula, Ohio on November 10, 1920. He was the son of a Greek Immigrants couple. His father, Dimitrios Sintetos was from a mountainous village in Arcadia District, Peloponnese named Vasta. He immigrated to the United States in 1906. His mother, Hellen Delligiannis was also from Arcadia, from a small village outside Tripoli named Agios Vasilios. She came to America in 1914 where he met Dimitrios, get married, and had 4 children. Nicholas fell in love with aviation from his teenage years and he worked hard in order to get his first flying lessons in a Piper J-3 Cub, without having asked for money from his father. The outbreak of WW2, the dogfights over France and England as well as Italy's attack on Greece on October 28, 1940, were enough reasons for him, in order to fill his papers and join the United States Army Air Force. Although he already held a Private Pilots Licence he was not accepted in USAAF because it was required to have two years of college studies before being able to apply for a flying cadet. He was not discouraged and knowing that RAF needed as many pilots could get, he traveled in Canada and applied for RCAF. Attending the British Commonwealth Advanced Training Program (BCATP) he was qualified as a multi-engine aircraft pilot and later was sent to England to join one of the RAF light bomber operational training squadrons. However, he always wanted to be a fighter pilot, and using cunning methods he managed to transfer to a fighter OTU.

Completing his training and being an American citizen he was posted to the famous Eagle Squadrons, manned mainly by American pilots. He flew with No. 121 Squadron, flying numerous offensive missions over France, participating in dogfights where he was credited with a damaged Fw-190. Although he saw plenty of action while operating from England he applied for transfer in Malta because as he told in one of his interviews, he was trying to get rid of the deadly anti-aircraft fire! Malta was known as the fighter pilot's paradise and he was sure that he would be able to participate in many dogfights. The Malta defenders were gaining the same publicity as their Battle of Britain fellow pilots. He was posted to the No.126 Squadron (also manned by many Americans), some days after the famous John Plagis left the island for England. He flew many sorties and had many adventures during his service in the sieged island and he was credited with one probable kill. Unfortunately his Squadron Leader, Flt/Lt. Bryan Wicks disliked him and his attitude almost cost the young Greek-American pilots life. Sintetos was a great wingman who was proud of not having lost a pilot who was flying with him. In September 1942 he was transferred from RAF to the USAAF and he joined the 64th Fighter Squadron of the 57th Fighter Group, flying the P-40 Warhawk over North Africa. He returned to the United States during 1943 where he was attached to the 1st Air Force, training pilots in Warhawks and later in Thunderbolts fighters. He was discharged in 1945 and he worked in real estate as well as creating his own inventions and patents. He passed away on November 9, 1999, at 79 years old in San Bernardino California. 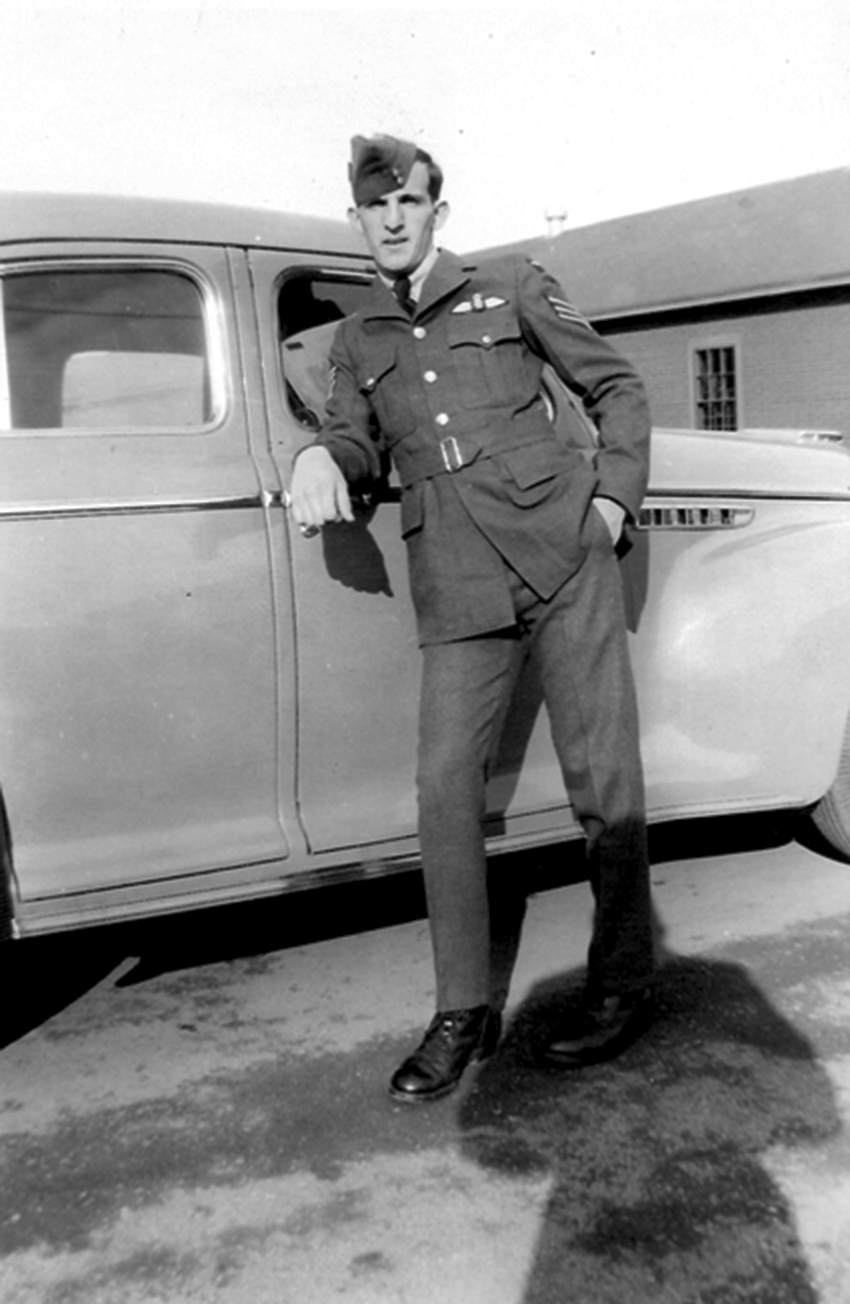 Sgt. Nicholaos Sintetos during his training in Canada in 1941. The Greek-American pilot wanted to be a fighter pilot, although he was chosen for training in bombers. When he posted for service and Operational Training in England, Sintetos wrote a letter in the Air Ministry, where he stated that he already had an accident in Canada with multi-engine airplanes and that it would be better to transfer for training in fighters. Amazingly, his request was fulfilled and after his fighter training, he was posted to No. 121 'Eagle' Squadron, manned by American citizens. (Dean Richards)

Spitfire Mk.Vb, AV-M, AA880 was assigned to P/O Gilbert 'Gunner' Halsey, and Sintetos were scheduled to fly it on a fighter sweep on July 22, 1942. Sintetos had a reputation of always coming back with a damaged plane. For that reason, Halsey threatened him before the mission in case he returned with holes in his beloved Spitfire. That day, Sintetos almost got killed. Returning to base with the damaged fighter, he stopped the aircraft on the side of the hangar in order to hide it from the 'Gunner'. After No. 121 Squadron, AA880 served with No. 402 (RCAF) Squadron, with Squadron Leader Leslie Moore achieving three kills with it (2 Fw-190 & 1 Dornier Do-24) during 1943. (Copyright Gaetan Marie)