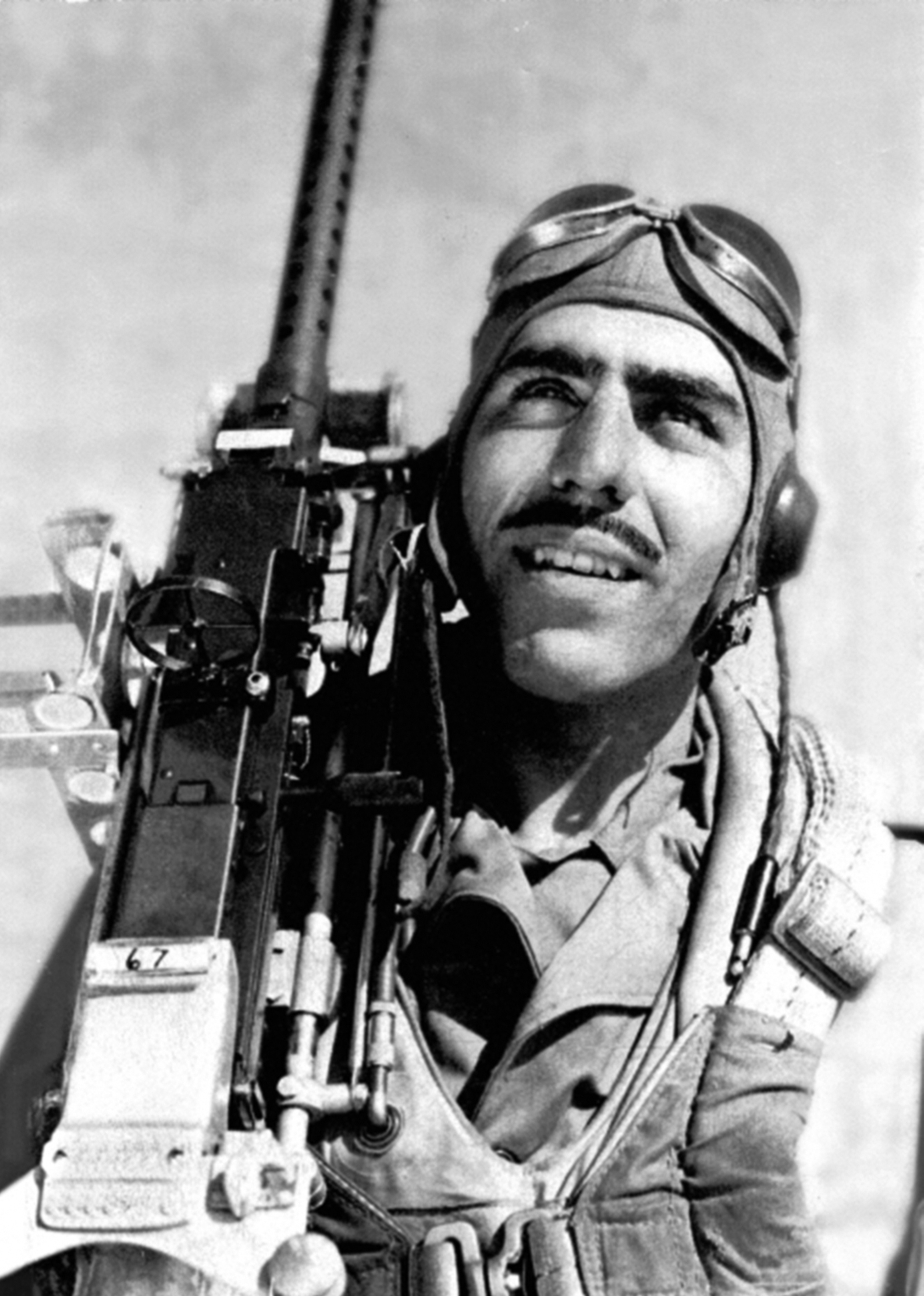 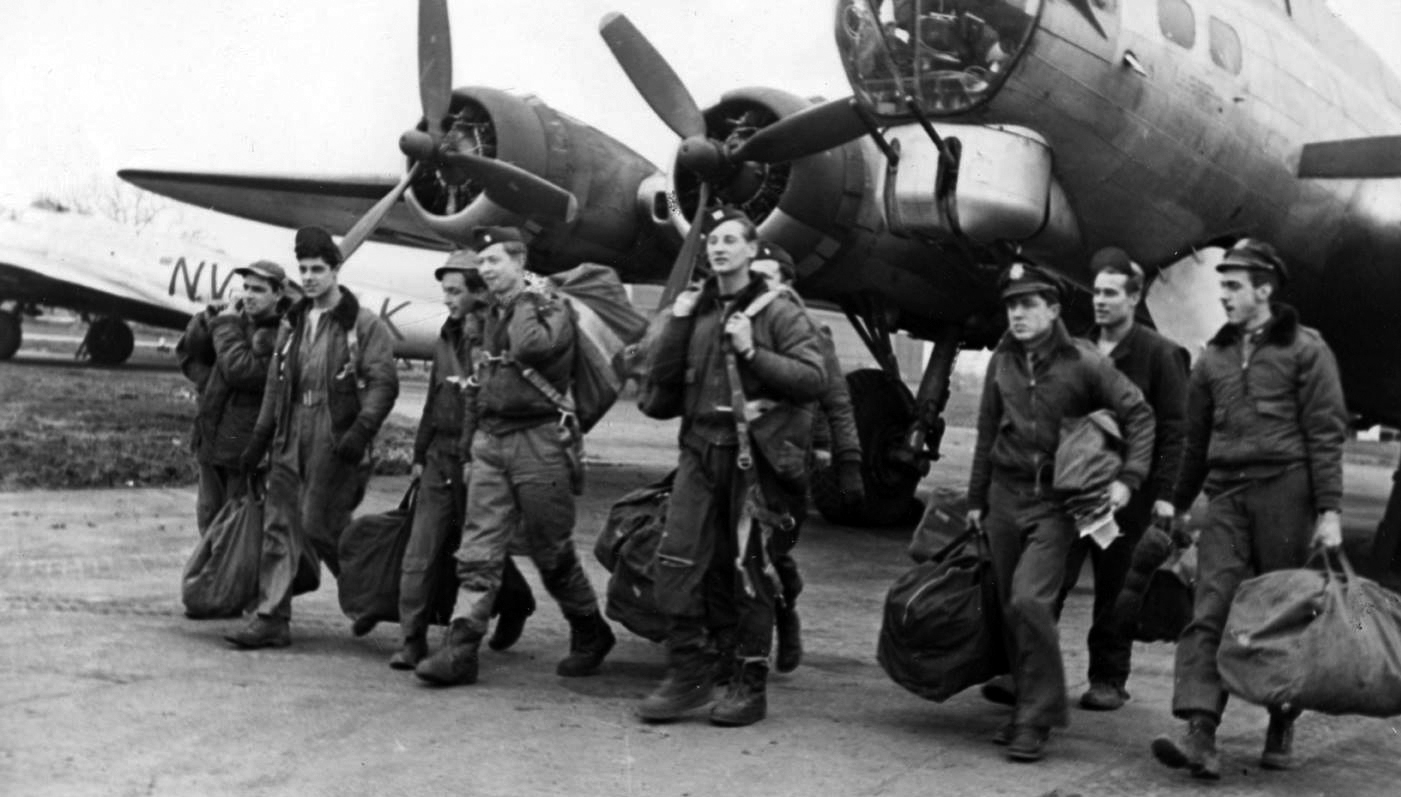 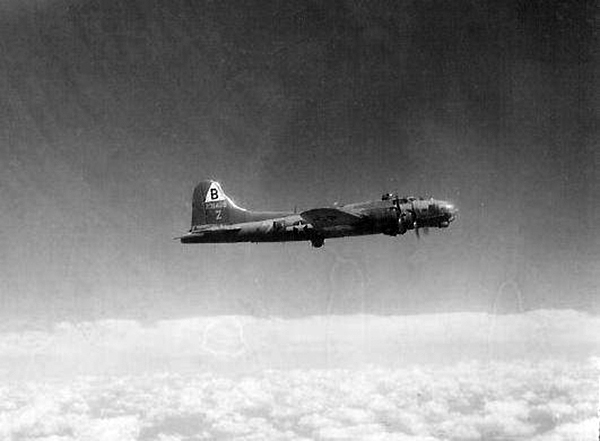 Alexander Phillips was the son of Athanasios Philipou, and immigrated to America in 1912 with his brother Yianni, his brother Dimitrios was already here residing in New York City. Unfortunately, his brother Yianni was not admitted and sent back to Greece. The family heritage in Greece was from Mouzaki in Thessaly, and the family business there was Ornamental Ironwork (blacksmiths). Also, all of the brothers were musically inclined and played in the local taverns in Mouzaki. Athanasios met his wife in America, her name was Helen Roumeliotis and she was from Sparta, they married and settled in Manchester, New Hampshire where they had 3 children, Dora, Alexander who was born in 1918 and Spiros. Athanasios embarked on a musical career playing the violin in various Greek clubs up and down the East coast and as far west as Chicago. He was a very famous violinist in the Greek community in New York City, he played with his left hand taking the stage name of "Zervas" (Zerva also meaning left in Greek), eventually, the family relocated to NYC where he had 6 more children. Alexander Phillips was employed as a machinist at the Bethlehem Steel Ship Yard in Brooklyn when the war broke out. As his job was critical to the war effort, he could have been exempted from the draft but he and his brother, Spiro, joined the Army in September of 1942. After being deployed to bases around the United States, he was eventually sent to Lackland Army Air Force Base in Texas to be trained as an Aerial Gunner graduating on October 14, 1942, and as Armament, expert graduating on March 20, 1943. Upon the completion of his training, he was posted to various Bomb Squadrons, specifically 51st BS, 642nd BS, and 603rdBS. He returned to New York for a furlough and shortly thereafter embarked for England in the fall of 1943 aboard the converted luxury liner Queen Mary. By coincidence, his brother also trained as an Aerial Gunner and was deployed to the South Pacific the same year. Upon Alexander’s arrival in England, he was assigned to the 407th Bomb Squadron, 92nd Bomb Group, 8th US Army Air Force as a B-17 tail-gunner on November 20, 1943. The planes he flew was various Boeing B-17s Flying Fortress, stationed at Podington, England, (Station 109) outside London.

One of the aircraft he flew was named “Alley Oop,” on whose nose had a picture of the cartoon character riding the back of a pterodactyl and throwing a bomb, which was also the squadron insignia. Alexander flew 13 missions over France and Germany and was credited with shooting down two enemy aircraft in the process, and he was awarded an Air Medal with one Oak Leaf Cluster. Meanwhile, Alexander promoted to S.Sgt on January 1st, 1944. On his 13th mission on February 4, 1944, over Frankfurt, Germany, his aircraft B-17G, 42-31494 received serious flak damage and was attempting to make it back to England when they were attacked by enemy fighters over France. A furious battle ensued causing further damage to the plane which, however, had fortunately made it back over the English Channel. The pilot seeking to make a forced landing at the nearest British Air Force Base with only two operable engines, when a sudden application of power on good engines on one side caused the airplane to roll, go out of control and crashed on impact. Of the 10-man crew, only four survived the crash, Alexander being one of them. He was severely injured and following five months in the hospital recuperating from his injuries, he was discharged in July of 1944 with a permanent injury to his right hip. For wounds he received in action he was awarded the Purple Heart, effective from February 28, 1944, while he was still at Hospital.Missions to Bremen and Kiel, approximately 600 miles from airbases in central England, had flight durations of six or more hours. Missions to Ludwigshafen on the Rhine in southern Germany near the city of Mannheim were an hour longer. Most of the missions were at altitudes of 20,000 feet or more at sub-zero temperatures. Oxygen masks and sheepskin lined suits were standard gear for surviving that environment, however, physical fatigue and nervous anxiety were constant companions to the 10-man crews positioned in the cramped quartern their Boeing B-17 bombers. It wasn’t until the later advent of the long-range Boeing B-29 bombers that the crew positions were heated and pressurized, luxuries unknown to the bomber crews serving in the ETO. For the B-29 crews flying the Pacific Theater, it was not utter mon for target mission distances to be in excess of 1,000 miles. The ever-present fear and anxiety accompanying individual e members were intensified to the limits of their endurance when flights were intercepted by Luftwaffe fighters as they approached or departed their targets. The additional threat awaiting them at the target areas was the intense accurate anti-aircraft fire which was once described by an aircrew member as being “so intense that one could have stepped side the aircraft and walked on the shell bursts.”

Top: Great portrait of Alexander Phillips carrying one of his 0,50'' machine gun on his shoulder. It is is not known if the photo was taken during his training at the Gunnery School in the United States or during his service in the European Theater of Operations with the 92nd Bomb Group. (Billy Phillips)

There was plenty of action available to the pilots as they approached and then initiated their target runs. The German anti-aircraft defenses typically accurate ill be attested by the significant losses of Allied aircraft and their crews. With respect to the total number of B-17s lost by the 92nd Hot, Group in missions flown during WW II, Alexander’s group loll planes of 308 missions flown or 50% of its inventory. Of the 39 Bomb Groups constituting the 8th AAF, only five other groups had percentage losses greater than those of the 92nd Bomb Group. Of 10.631 missions flown by the 8th AAF in WWII, 4,145 aircraft never returned, thus having losses in excess of 38.8 percent. By the end of the war, the total number of B-17s lost including those involved in collisions, training accidents, etc., was 4,754. Of the combined crews of the 8th, 9th, 11th, 12th, and 15th AAF in the ETO/MTO, some 33,000 were captured when their planes went down and spent the duration of the war in POW (Prisoner of War) Camps. Readers will note from Alexander’s log of missions flown that four were to Northern Germany to bomb Kiel and Bremen which were intended to disrupt the submarine pens and repair facilities at those two cities. The success of the forthcoming invasion of mainland Europe in the summer of 1944 required that the threat of the submarine wolf packs be prevented from delaying the trans-Atlantic flow of troops and armaments to England. For his actions Alex received the following decorations and awards:

Conspicuous Service Medal from the State of New York

He returned home to New York City during the summer of that year. In 1946, following his marriage to relocated to Philadelphia to continue as a skilled machinist with the Westinghouse Electric Corporation. He settled down and married Alyce Checoura in 1946, who was also from NYC and a Greek-American, her family was from Dardanelia in Asia Minor (todays Canakkale, Turkey) and emigrated in the United States in 1912 before the burning of Smyrna. The family name was Tsikouras, and they were a family of bakers. The were blessed with two children, Billy who was born in 1948 and his brother Arthur, who was born in 1952. Alexander Phillips passed away during Christmas of 2012.

Above Right: The February 4, 1944 mission to Frankfurt briefing map, showing the flight course the 92nd BG B-17s used in their run in and out of the target. This was the last mission for 2nd Lt. Winslow C. Reid crew. The heavily damaged from AAA, B-17G, 42-3194, crashed in England during their return from the mission killing six from the crew and four of them seriously injured, between them, the Greek-American tail gunner. (AFHRA)

Below Right: Like father, like son. Alexander Phillips photographed with his son William or Billy. Both served as gunners in different wars. Alex manned his 0,50s as a tail gunner in B-17s during WW2 and Billy manned his M60, firing from UH-1 Hueys in Vietnam War! (Billy Phillips) 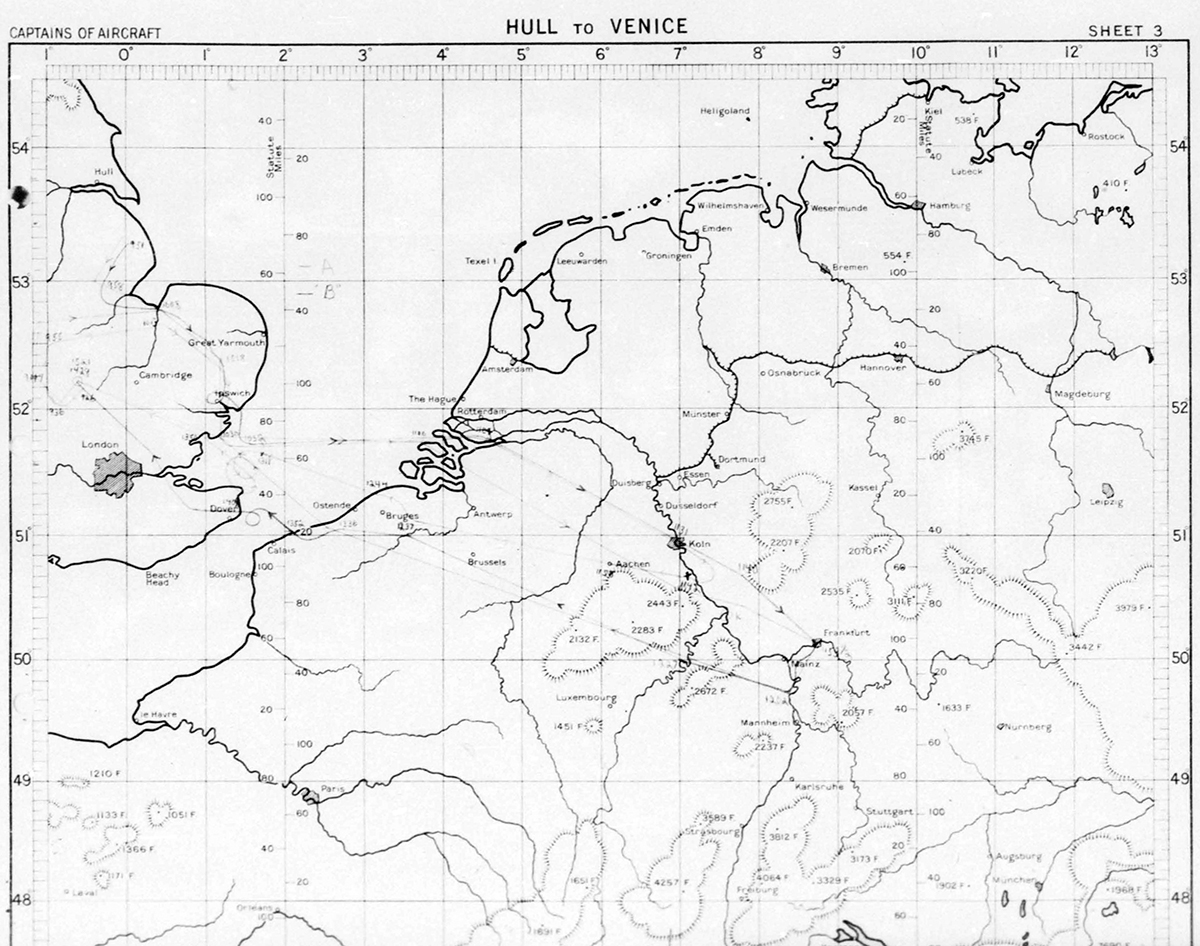 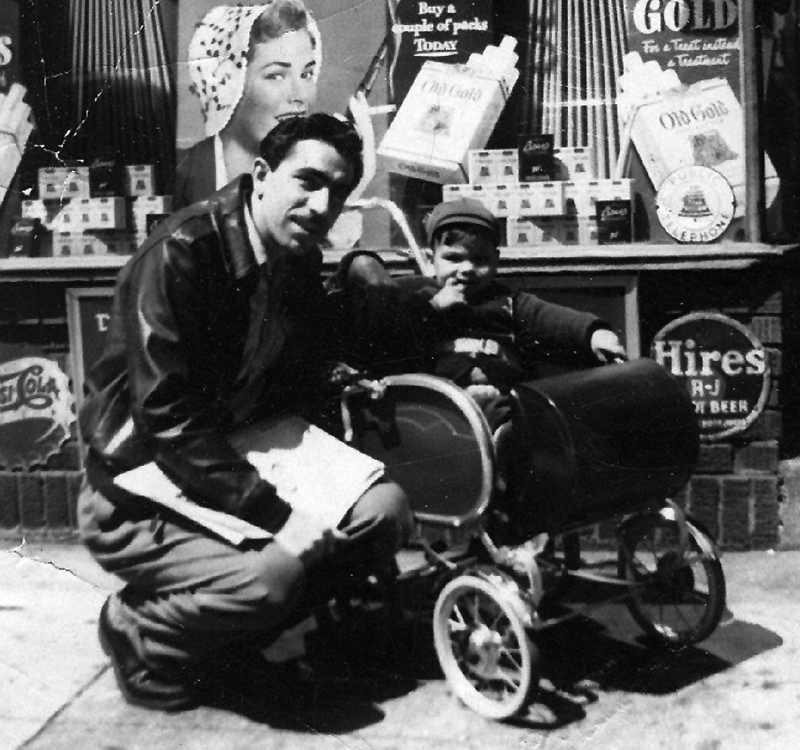 Above: Two generations of Phillips or Philipou family. In the left, Helen & Athanasios Philipou (also in the middle photo) with their first child Helen who died in infancy. This picture was taken sometime between 1912-1914. Athanasios Philipou, born in Greece in 1893 he came to this country in 1912 at 19 years old, from a family of musicians, he settled in New York City, married Helen Roumeliotis and fathered 9 children. He went on to become a very famous violinist within the Greek community in New York and throughout the East Coast, an interesting bit of information, he played the violin with his left hand earning him the nickname of "Zervas" which in Greek means Lefty. On the right photo, Athanasios son, Alexander Phillips during his wedding day photo with Alyce Checoura, also a Greek American from NYC, with heritage from Asia Minor on June 30, 1946. (Billy Phillips) 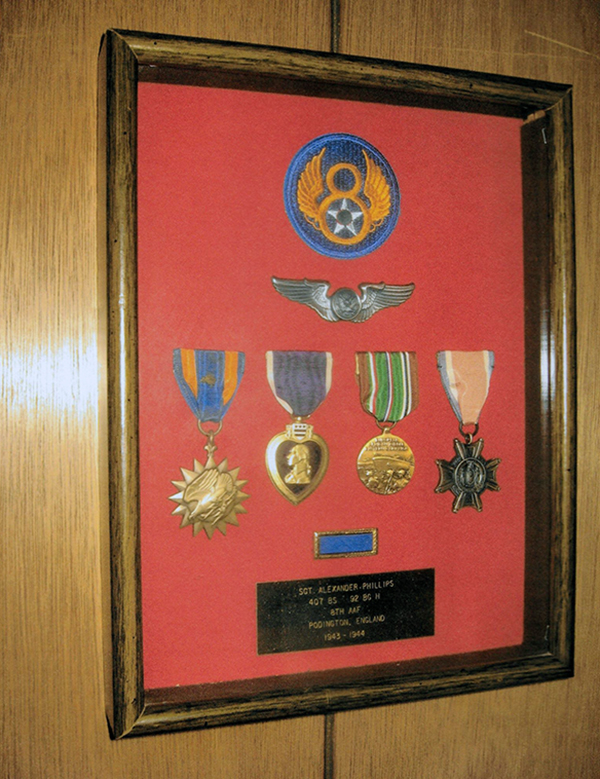