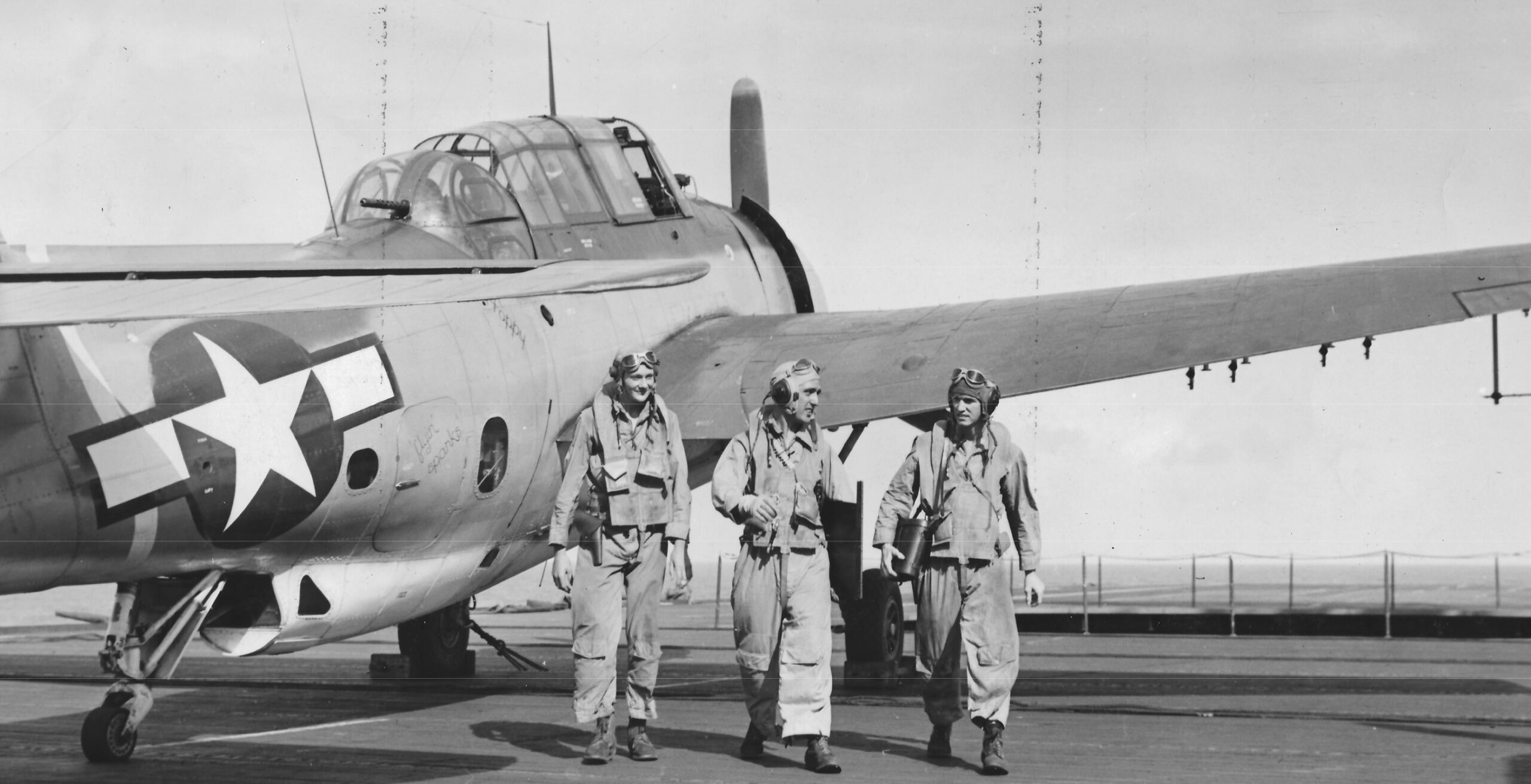 Born in Richmond, Calif., in 1922, John and his sister Martha were the children of Greek immigrants Anthony and Iphigenia Papadakis. Anthony's heritage was from Asia Minor however Iphigenias is not known. According to Johns's daughter, Janice:

"My sister and I recall hearing that "akis" implied a Cretian influence. We had asked Dad about that once and he said we had no relatives from Crete.  My grandfather was from Turkey ("Asia Minor"); we never found out where our grandmother was from (she died when my Dad was five).  What we had been told was this: Grandpa was the last of thirteen children.  He was expected to enter the priesthood, like all his other siblings.  When each of his brothers became a priest, their surname utilized their given name and "papa."  Grandpa's brother George received the surname "Papageorge."  Because grandpa did not enter the priesthood, his name became Papadakis.  Don't know if all that is true, but it's what we were told!"

John attended the San Francisco City College and completed the CPT program, and he was there when Pearl Harbor was attacked in 1941. John immediately volunteered and was accepted into the U.S. Navy pilot training program. So began his lifelong love of aviation. From his file, we know that except for English he also spoke Greek, Spanish, and French. He enlisted as an Aviation Cadet V-5 in NACSB - Naval Aviation Cadet Selection Board on October 9, 1942. He was transferred to U.S. Navy Pre-Flight School at St. Mary’s College, California on May 6, 1943. He continued his Primary Flight Training in NAS Pasco, Washington on July 29, 1943, and completed it successfully on October 14, 1943. Two days later he received orders to move to NAS Corpus Christi, Texas for Basic Training and arrived there on October 21. Commissioned as an ensign Naval Aviator, at Corpus Christi, Texas on April 5, 1944. Served with Composite Squadron VC-86 onboard the USS Bismarck Sea, CVE-95, 1944-1945, piloting TBM torpedo bombers in the Leyte, Lingayen, and Iwo Jima campaigns. He flew against enemy shipping and ground installations using a variety of weapons, from torpedoes to 500lb bombs and 100lb bombs as well as 5” HVARs. On Feb. 21, 1945, during the battle for Iwo Jima, the Bismarck Sea was hit by kamikazes and sank. Her sailors and airmen were forced to abandon ship into the frigid waters of the Pacific. It's very interesting that he also knew very well the other VC-86 member onboard the USS Bismarck Sea, Vasilios Giftos, who flew with the FM-2 Wildcats (https://www.greeks-in-foreign-cockpits.com/pilots-crews/fighter-pilots/vasileios-giftos/). His daughter Janice wrote us:

"The other Greek onboard ship was Bill Giftos.  Dad always spoke very highly of him and saw him regularly at ship's reunions."

Three hundred and eighteen shipmates were lost that night. Two days later, from the rescue ship, John had the satisfaction of being a witness to the raising of the flag at Mt. Suribachi. Served with Torpedo Squadron VT-75 on board the USS Franklin D, Roosevelt, CVB-42, 1945-1946, and later with the Naval Air Reserve, VA-62A, VS-872, and VA-876, 1946-1964. He retired from the Navy in 1962 with the rank of Commander.

John continued his education at the University of California, Berkeley, after the war, earning his degree in architecture in 1949; he was a proud alumnus and lifelong supporter of Cal students and sports. Early in his career, he was hired by the City of Oakland, where he rose to become the City Architect. He guided the design and completion of countless city buildings and iconic spaces, including what is now the Oakland Museum of California. John and Faye Gumas, also a Greek American, were married in 1951. They made their first home in Richmond and in 1958 moved to the Oakland hills, into a house designed by John and surrounded by land that they lovingly (and arduously) landscaped themselves. There they raised their two daughters, Jayne and Janice. John retired in 1986, and in 1987 he and Faye moved to Chico, where he immersed himself in a new home and community. He lost Faye three months later to a heart attack. John found happiness again in his marriage to Margaret Saltus in 1993. John was an enthusiastic citizen of Chico. He served on the Butte County Airport Land Use Commission and was involved in such projects as the architectural design of Odyssey Winery. John was also a supporter of the Chico Air Museum, where he volunteered countless hours as a docent, sharing his love for aviation and aviation history. In 1992, when John turned 70, he and fellow pilot and USS Bismarck Sea survivor John Pfahl took on the challenge of flying across the Atlantic Ocean in a single-engine Beechcraft Bonanza. Their route included legs from Scotland to Iceland, Iceland to Greenland, Greenland to Nova Scotia, Nova Scotia to the U.S. The flight of a lifetime was completed with only one incident: they unintentionally delayed a squadron of NATO fighter jets by having to make an emergency landing to retrieve a wayward seatbelt that mysteriously had ended up outside the cockpit door. He maintained his pilot’s license until he was 94, becoming one of the oldest active pilots in the United States. He celebrated his 90th birthday by piloting a WWII trainer, a T-6 Texan, on a short flight around the Sacramento Valley. Although John had not flown a T-6 (SNJ in USN service) in 70 years, he still recalled his training and accomplished a "slow roll" prior to landing. He considered this flight one of the most memorable of his career. John pass away on May 20, 2021. 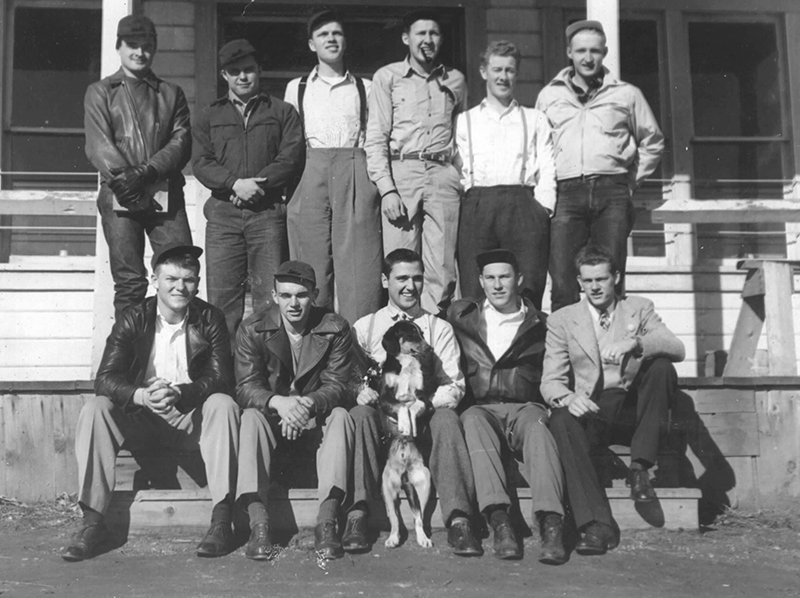 The "Boys of Beckwourth" are the men with whom John Papadakis first learned to fly, during his basic training. Beckwourth is a small city in Northern California.  It is in a valley and has perfectly stable conditions for new pilots.  The building in the background is still standing. (Janice Rosene Archive) 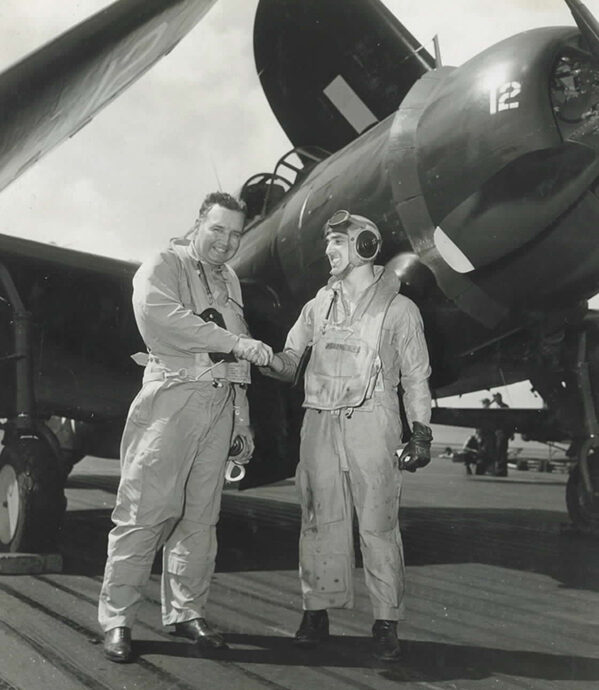 John Papadakis with the Assistant Secretary of the Navy in 1946, in front of an F4U Corsair. (Janice Rosene Archive) 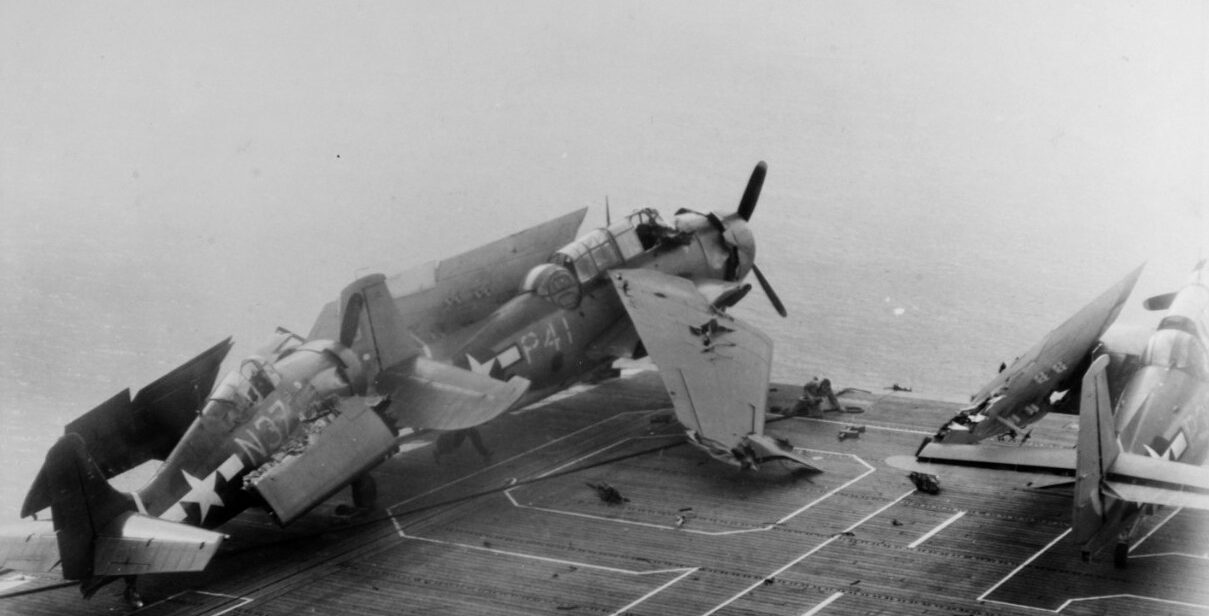 The only known photos so far of a VC-86 Avenger were those taken during an accident onboard the USS Bismarck Sea until the one attached on the top of the page, showing John and his crew leaving their TBM. (Janice Rosene Archive) 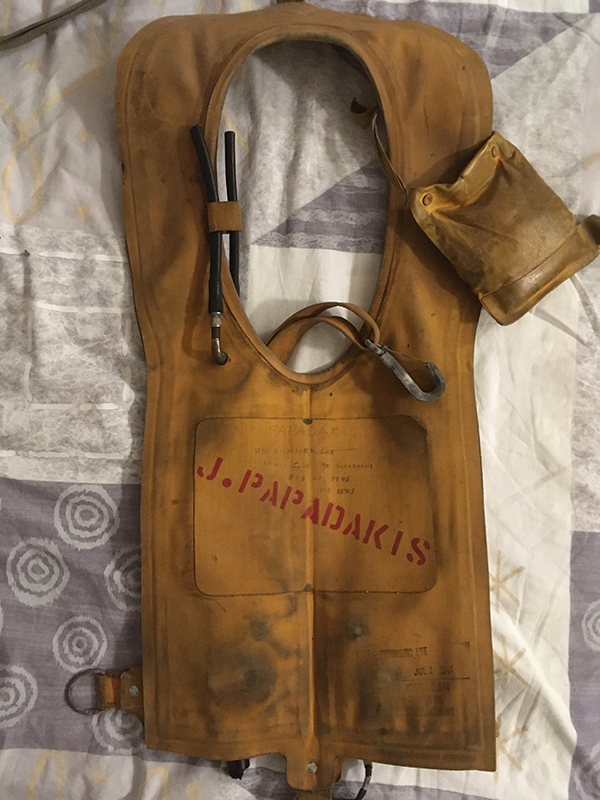 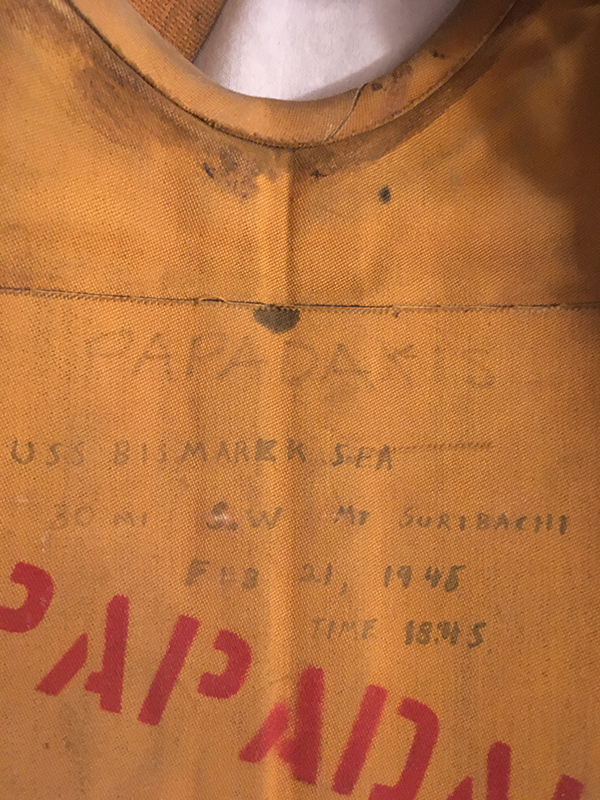 Close-up view of Papadakis life preserver in which he wrote the exact time and position his carrier was sunk. (Janice Rosene Archive) 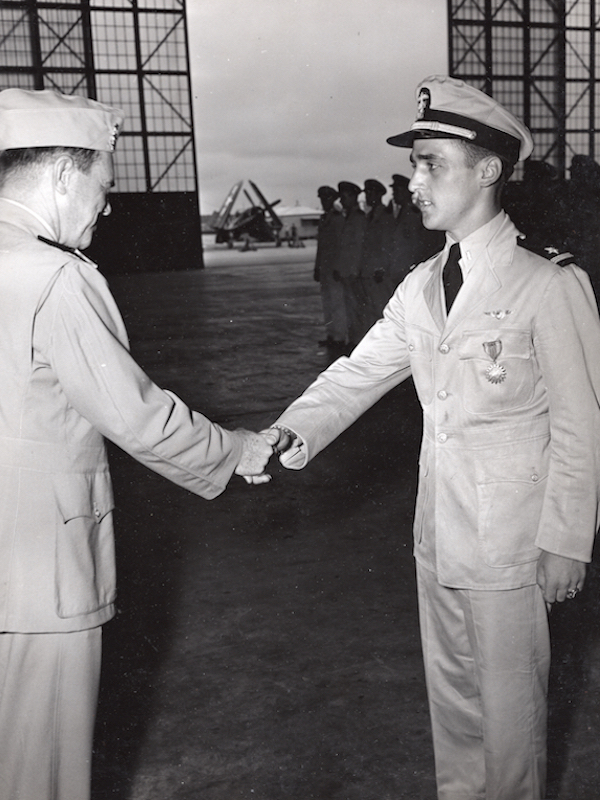 Composite Squadron 86, TBM-3 Avenger #41 most probably flown by John Papadakis onboard the USS Bismarck Sea. The Grumman Avenger torpedo bombers built for the Navy originally carried the designation of TBF. The Avenger came into service in 1942 to replace the Douglas Devastator, but in its first combat at Midway in June 1942, it fared badly. Five out of six were shot down during an unescorted attack on Japanese ships. Grumman built 2,291 Avengers but stopped producing them in 1943 to concentrate on fighter aircraft production. Beginning in late 1942, the Eastern Division of General Motors, under a wartime contract with Grumman, built 550 aircraft similar to the Grumman models but designated as the TBM. General Motors then built 3,757 of the TBM-3 variants with added armor, wing guns, and radar. In total, almost 9,900 Avengers were built for the Navy, Marine Corps, and Allied navies. The TBM-3 could carry a 2,000-pound torpedo or 2,500 pounds of bombs. Throughout the war, Avengers played a key role in sinking many Japanese warships in the Pacific and in protecting supply convoys from German submarines in the Atlantic Ocean while serving aboard escort carriers. Avengers could launch off the shortened decks of escort and light carriers. The Avenger had a good range due to an internal fuel capacity of 325 gallons and a consumption of 75 gallons per hour. (Copyright Jim Laurier further info by https://www.worldwariiaviation.org) 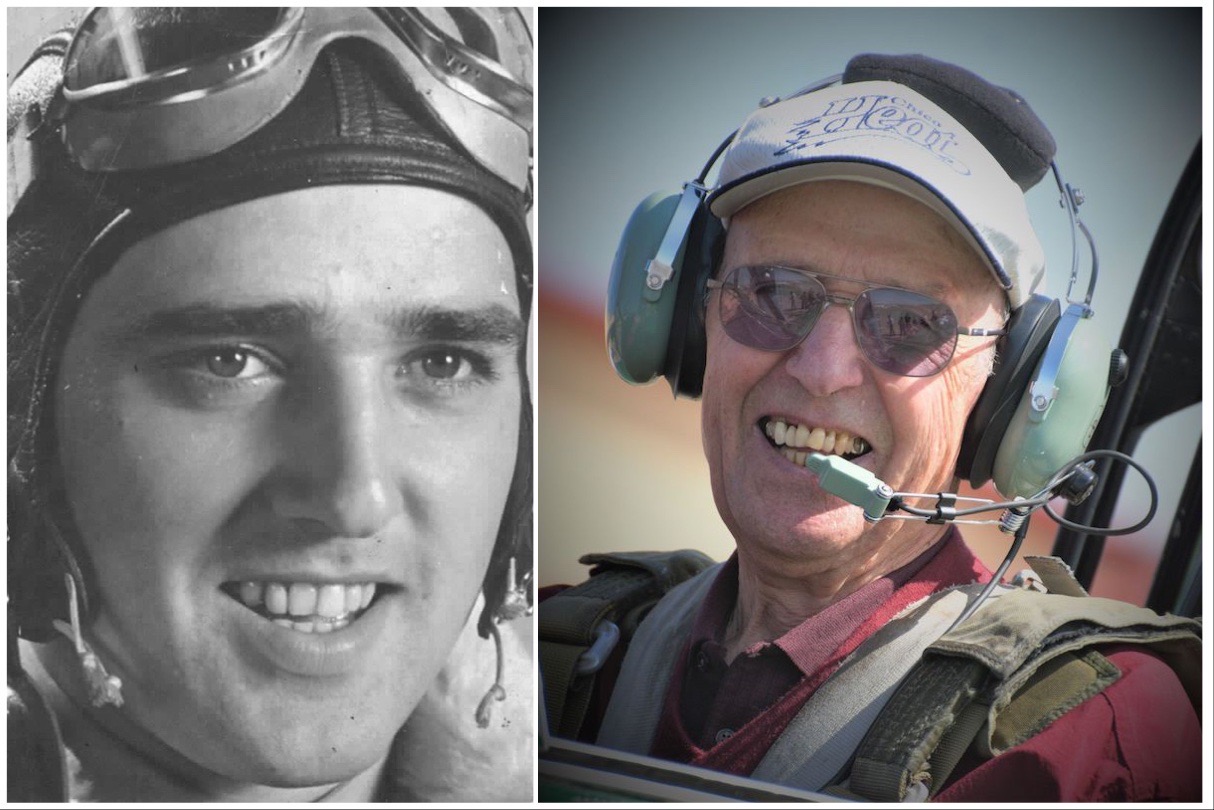 John in his flight gear during WWII. The right photo was taken on John's 90th birthday when he flew the T-6 Texan. According to his son-in-law, Norm Rosene, John was a true aviator. He was extremely proud of his Greek heritage, and also proud to be an American and fight for his country. (Janice Rosene Archive)

Special Thanks to Gregg Easterbrook for his help.