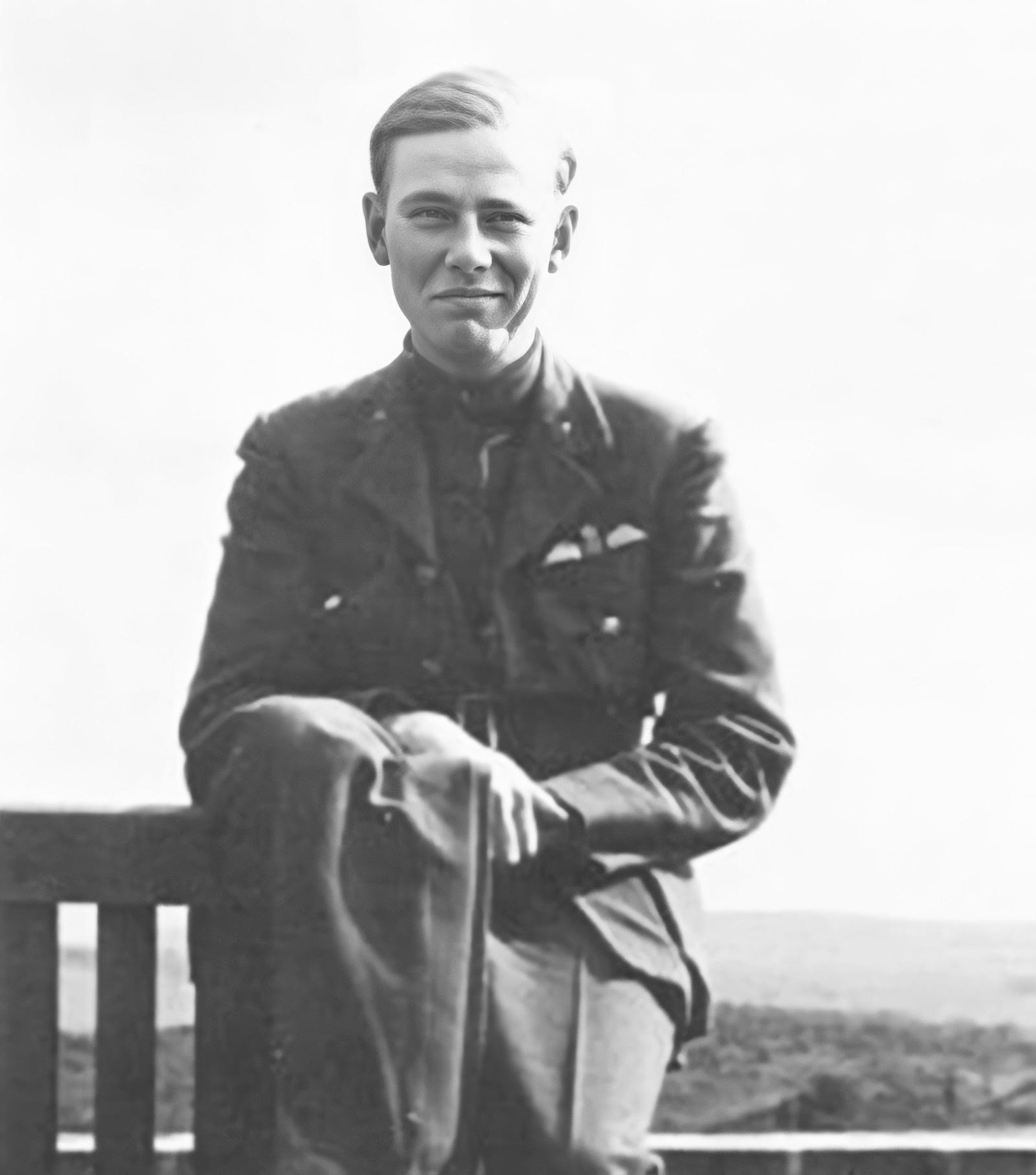 Richard, in a happy mood, somewhere in England during 1939-40. He was a member of the first auxiliary squadron, the No. 601. This gained the nickname ‘Millionaires Squadron’ because it is said that No. 601 was formed at White’s Club in London – a private gentlemen’s club – and that recruitment to it was based on whether a candidate could behave like a gentleman even after consuming alcohol – allegedly a large glass of port. 601 had its fair share of those from a privileged background but it was also open to sportsmen and those who had made their own money but were not from a privileged background. No. 601 Squadron gained a reputation for flamboyant behaviour and hard living but such a reputation belied its ability as a fighting unit. However, when they were on duty, professionalism was everything and No. 601, despite their reputation for the high life, also gained a reputation as an effective fighting squadron.
(Greeksinforeigncockpits via Philippa Demetriadi, comments by C.N. Trueman)

Flying Officer Richard Stephen Demetriadi was one of "The Few" and died whilst fighting The Battle of Britain. He was born in Chelsea on 14th August 1918 and educated at Eton. He was the son of Sir Stephen Demetriadi, a Knight Commander of the Most Excellent Order of the British Empire (KBE), a highly respected civil servant. His Greek heritage is from Smyrna, Asia Minor, and Tinos Island on behalf of his grandfather, Constantine and from Constantinople, on behalf of his grandmother, Amalia Thalassinos. Richard joined 601 Squadron, Auxiliary Air Force in 1938, commissioned in July and called to full-time service on 25th August 1939. He had seen active service in The Battle of France, detached to No. 607 Squadron along with two more N.601 pilots. He narrowly escaped death when a bullet pierced his oxygen mask, flashed past his face and came out through his visor! Upon his return to England, he joined his squadron again and flew many operational mission before and during the Battle of Britain. On 11th August 1940, he was flying Hurricane R4092 (UF-U) and was engaged in combat off Portland. His Squadron was led by his brother-in-law, Flight Lieut William Rhodes-Moorhouse DFC. The Squadron Leader Ward mentioned in his report that one of his squadron mates, saw Flying Officer Demetriadi flash past him in pursuit of an enemy machine while petrol was coming out of his machine. Although he knew that he had not much chance of getting back, he chose to continue the pursuit. Search by airplane and boat later revealed no trace of him and it is thought that he went down without being able to bale out, suggesting that he had been shot down. His body was eventually washed upon the French coast and he is buried in Cayeux-Sur-Mer Communal Cemetery, France. Demetriadi was 21 years old. Few days after his death his father Sir Stephen Demetriadi visit 601 sqn and afterward wrote to his diary:

"...Whether before making the supreme sacrifice he brought down any enemy machines that day and if so how many will never be known but, on the occasion before the last one, he destroyed a Messerschmitt 110."

However, it isn’t confirmed by Squadron Operation Books. His Father, Sir Stephen Demetriadi, wanted to provide a permanent memorial to his son. He gave a significant proportion of Ditchling Beacon (a significant hill on the South Downs of East Sussex) to The National Trust, as a perpetual memorial.

On August 11, 1940, Richard Demetriadi became the first Hellenic parentage fighter pilot to be killed in action during W.W.II. Flying with No. 601 Squadron, in Hurricane Mk.I, UF-U/R4092, he participated in a large air battle over the sea, near Portland. Contrary to No. 607 Squadron’s AF-G/N2671, this Hurricane had the ‘A’ pattern camouflage. Usually, when new fighters came off the production line, the ones with odd-numbered serials were painted with the ‘A’ pattern and the ones with even-numbered serials received the ‘B’ pattern. Richard was last seen behind an enemy aircraft, streaming fuel, probably from hits to his fighter, before he was shot down and killed, most likely by JG 2 ace Helmut Wick as one of his claims matches the time Richard was lost. Demetriadi flew R4092 on twenty sorties, twelve of which were operational. (Copyright Gaetan Marie)