Αrthur George Christopoulos was born on October 7, 1930, to George Arthur Christopoulos (April 10, 1889) and Helen Maria Raptis Christopoulos, from Spartias, near Agrinion, Greece. George had two brothers, Nikolaos and Vassilios and, a sister, Maria. Their father was Athanassios G. Christopoulos. George Arthur, emigrated from Patras, Greece on April 23, 1912, arriving through Ellis Island in New York on May 20, 1912, aboard the SS Martha Washington. Upon his arrival in New York, George was “picked up” and shuttled off to the Boston area and placed into what could be considered to be a slave labor situation. He worked 12-18 hours a day in the “deep sinks” for 50 cents a day, 7 days a week. He studied hard in his spare time to learn English and the naturalization requirements and to acclimate to the United States. He was drafted in WWI and was discharged in less than 60 days due to Tuberculosis. Thanks to an active exercise program under the direction of Jerry Longros, he survived and returned to good health. On January 21, 1921, he filed a petition for naturalization and became a naturalized citizen in the Superior Court of Massachusetts, in Brockton, Massachusetts on January 2, 1924, and was issued a Certificate of Naturalisation No. 1901756. He was extremely proud of his accomplishment and flew the US Flag on all holidays and special occasions. By 1926, George Christopoulos was had become a successful restaurateur in the city of Brockton, Massachusetts until the late 1920’s when he journeyed to Maine and settled in Augusta, Maine. There, he met Mildred Vincent Mason and married on May 2, 1929. Together they had 9 children, Arthur George being the oldest son. Unfortunately, Athanassios, his father, was killed by the Germans in WWII after being tortured by them in the war and they were never to meet again.

Upon graduation from Gardiner High School in 1948, Arthur served with the Maine National Guard while he was also working on his family business. He entered Officer Candidate School, USAF on March 21, 1955, and graduated on September 9, 1955. After his flying training and gaining his silver wings, he was posted to the 355th Tactical Fighter Squadron flying F-100 Super Sabres. He deployed numerous times in Europe, especially France and Italy. From 1963 to 1966 he served in the 81st Tactical Fighter Wing, in RAF Bentwaters, England equipped with the McDonnell F-101 Voodoo. The Voodoos were to remain at Bentwaters for seven years, before...

For more details please click on the following link:
https://www.greeks-in-foreign-cockpits.com/pilots-crews/fighter-pilots/arthur-christopoulos/ 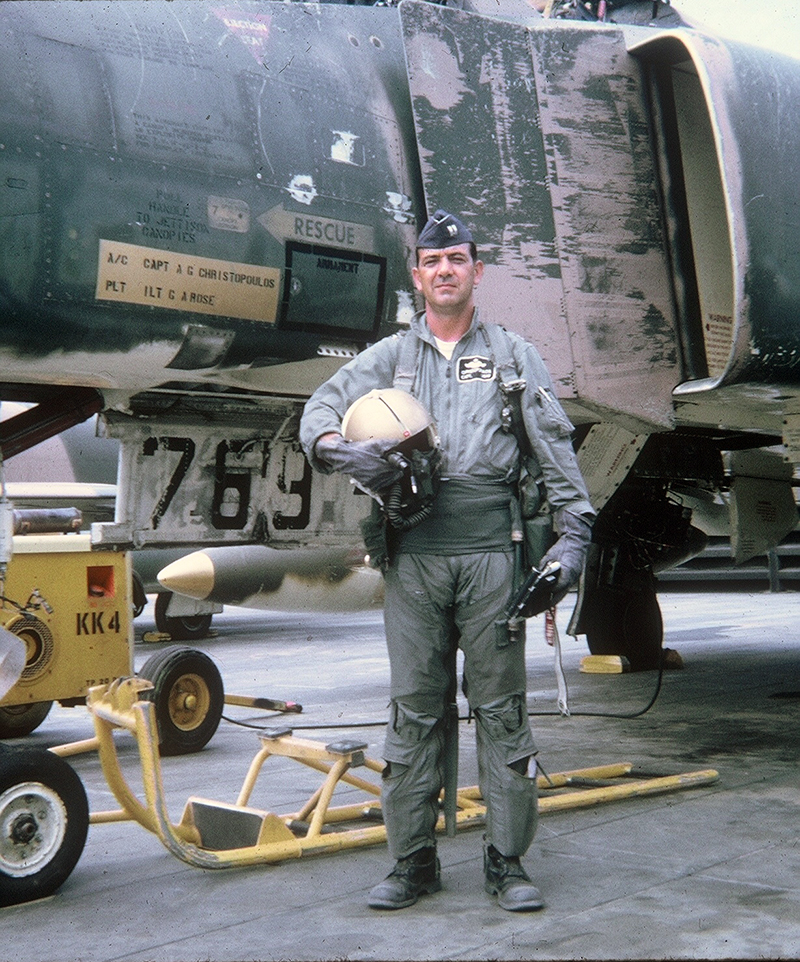 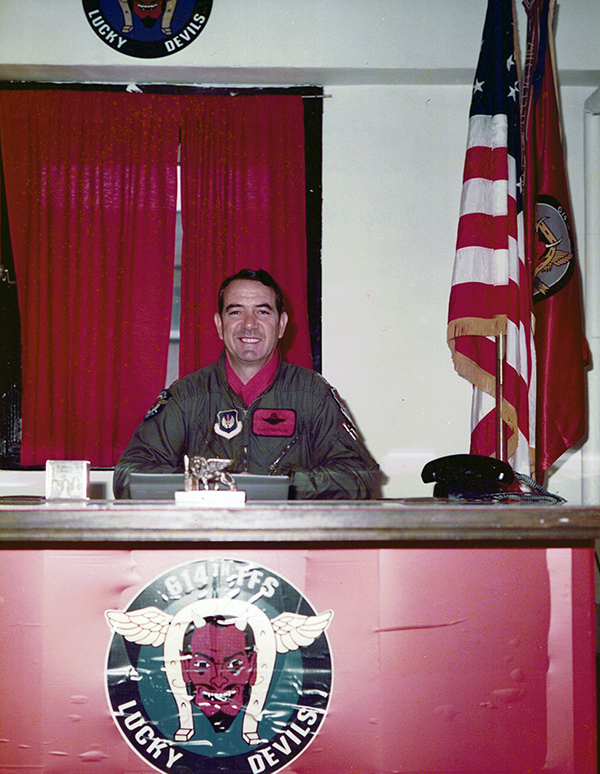