Gus Nick Sermos Father, Nick Gus Sermos heritage was from Gardiki, Lamia Greece and he was born on Feb 4, 1888. He immigrated to the United States at age 17 along with his brother or uncle George. His actual name was Nicholas Konstantinos Scarmoutsos and changed while at Ellis Island. He traveled to Price, Utah where he met a Greek friend, or he was his Uncle, named George Pappas who owned a store or restaurant. Nick later ran the General Store which was the candy store for the Mining Company. He married Louise/ Louisa Poole Hatch Sermos and was blessed with two children, Gus Nick Sermos and Helen Sermos who was four years older than Gus. They both went to Carbon High School. Gus was in the Band playing Tuba, in Debate Club and Tennis Club and he was also Boy Scout. According to his daughter Melinda:

"He made straight A's, I was told. He was very much an idealist and perfectionist and very patriotic and brilliant".

He entered service on July 17, 1941, in Salt Lake City, joining the NavCad. The volunteer naval reserve class V-5 Naval Aviation Cadet (NavCad) program purpose was to use civilian and enlisted candidates to train as aviation cadets. Candidates had to be....

For more details please click on the following link:
https://www.greeks-in-foreign-cockpits.com/pilots-crews/fighter-pilots/gus-sermos/ 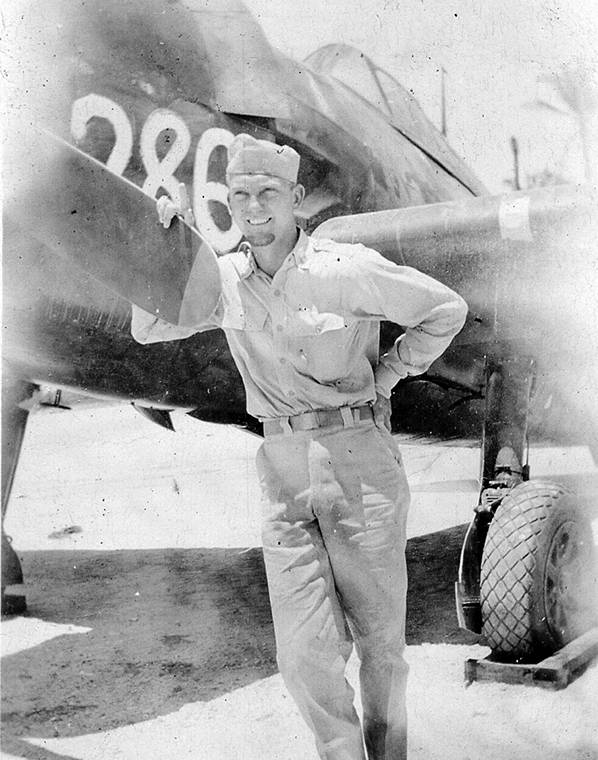